After nearly a year of investigations and relying on undercover informants, the ITCCS has established that at least two Canadian senators, a former cabinet minister in the Harper government and three senior church officials are actively engaged in trafficking children for sexual and sacrificial purposes in the Ottawa-Montreal area.

The ITCCS has also learned that these same accused men are complicit in the 2014 murder of Ottawa police inspector Kal Ghadban, who was investigating the disappearance of children at the hands of the accused;  and that key ITCCS investigators in Canada, including Rev. Kevin Annett, are also being targeted for elimination by them. The six accused men are Senators Larry Campbell and Patrick Brazeau, (below) Denis Lebel just right of this and below. 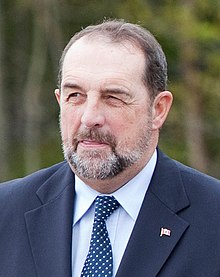 The full details of the exhaustive investigation by a special ITCCS team were shared this past weekend with the ITCCS Central Council during its closed gathering near Montreal. In response, the Council has placed Rev. Kevin Annett and other Canadian investigators under a protective quarantine, and announced plans to convene a new common law court in Canada in the new year to indict and prosecute the six accused men.

The Council will be issuing a full public statement to the global media this week, along with excerpts from the Investigative Report.

“All of these accused men have been under investigation for some time. Senator Campbell has been named by police sources in Vancouver as a major suspect in the disappearance of aboriginal women at the notorious Pickton farm. Senator Brazeau has already pleaded guilty in a  Quebec court to charges of sexual assault with a deadly weapon and drug trafficking. Denis Lebel, his friend Cardinal Lacroix, and Bishops Hiltz and Bennett have all been named by government and church insiders as active participants in the Ninth Circle ritual killing of children, at secret catholic church facilities in Montreal and Rome. We will be issuing indictments against all of these men, based on sworn testimony.”

Kevin Annett will be issuing his own televised statement to the public to accompany the ITCCS media release.

Above is Senator Campbell, former Vancouver mayor who has shown no sympathy whatsoever for the murdered and missing women and children-mostly aboriginal in which many have been murdered at the Picton Pig Farm as well as in underground tunnels.