You may have heard of myrrh from Biblical stories, as it’s one of the precious gifts (together with gold and frankincense) offered by the three wise men to the newborn Jesus. This valuable element actually has a long history of use, especially in ancient civilizations. Today, myrrh is most commonly known as an essential oil. Keep on reading to learn more about its many benefits.

What Is Myrrh Oil?

Myrrh oil comes from a dried resin extracted from the Commiphora myrrha tree, which belongs to the Commiphora plant genus.1 Like frankincense, myrrh comes from the Burseraceae plant family.2 Native to Northern Africa and the Middle East, particularly in Somalia, Ethiopia, Arabia, and Yemen, the tree grows up to five meters high, and can be identified by its light bark, knotted branches and small white flowers.3  The word “myrrh” comes from “murr,” which means “bitter” in Arabic, probably referring to the resin’s bitter taste.

Myrrh was very popular among ancient cultures. The Chinese valued it as a medicine, while Egyptians used it for embalming their pharaohs4 as well as for their sun-worshipping rituals. In fact, myrrh was mentioned in Ebers Papyrus, one of the oldest Egyptian medical texts, dating back to 1550 BC.5 Even the Greek soldiers made use of this resin, bringing it with them to battle to stop their wounds from bleeding.6

To extract myrrh, the bark of the tree is cut, and a yellow sap comes out. This sap dries into reddish-brown, walnut-sized lumps, with a unique sweet and smoky aroma, that are then used to make myrrh oil. Myrrh oil has a golden yellow or brownish color, and a rich, smoky and balsamic aroma.7

Both myrrh resin and myrrh oil have a long history of medicinal use, valued for their wound-healing properties. Egyptians used myrrh to treat hay fever and heal herpes.8 Myrrh oil has also been used as incense and a holy oil in religious rituals and ceremonies for over 5,000 years.9

Maintaining healthy skin is one of myrrh oil’s renowned uses, as it prevents the signs of aging and soothes cracked or chapped skin. This is why it’s commonly added to many skin care products today.10

Myrrh oil is also used for:11

Myrrh oil is also a valuable aromatherapy oil that can be used for massages, mixed in bathwater, or simply applied on the skin. You can also:

There are many health-enhancing compounds in myrrh oil, such as terpenoids, a class of chemicals with anti-inflammatory and antioxidant effects.12 It also contains up to 75 percent sesquiterpenes, which are compounds that can affect certain parts of your brain, particularly your hypothalamus, pituitary, and amygdala, which control your emotions and produce many important hormones in your body.13

Myrrh oil’s benefits can be attributed to its powerful antioxidant, antifungal, antiviral, anti-inflammatory, anti-parasitic, expectorant, and antispasmodic properties. This essential oil can help with many health conditions, such as:

A study conducted by Chinese researchers, published in the Journal of Medicinal Plants Research, also found that extracts made from myrrh resin may be effective against human gynecologic cancer cells.18

How to Make Myrrh Oil

Myrrh oil is traditionally steam-distilled directly from myrrh resin. The oil has a milder and more pleasant smell than the actual resin, although some formulas are a bit strong. You can try making your own myrrh oil infusion at home. Here’s what to do:19

How Does Myrrh Oil Work?

Myrrh oil works by preventing infection and putrefaction, which helps clear toxins and promote tissue repair. It also has an expectorant action that make it useful for expelling excess mucus and soothing mucus membranes, which help alleviate respiratory conditions.20 Meanwhile, its calming effects on the mind and body are mostly attributed to the chemical compounds that stimulate the pituitary gland.21

You can use myrrh oil by:

If used in moderation and correct dosage (especially when ingesting it topically), myrrh oil is generally safe for adults. However, as with other essential oils, I advise you to use this oil with caution.

Myrrh oil is not recommended for pregnant women and nursing moms, as it can induce menstruation and lead to premature labor.23 Children age six and below should also refrain from using this oil. Diabetics and other people suffering from health conditions should also consult their physician before using myrrh oil.

To make sure that myrrh oil will not have any allergic effects when applied topically, do a skin patch test on your inner arm first.

Side Effects of Myrrh Oil 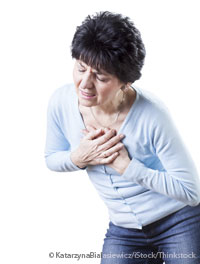 According to a study24 published in the journal Phytotherapy Research, if myrrh oil is consumed in excessive amounts, it may affect your heart rate and lead to severe heart irregularities. Other possible side effects of myrrh oil include:

Some people with sensitivities to myrrh oil may also experience allergic contact dermatitis25 when using this oil. This oil may also interfere with anticoagulants, so I advise that you avoid using it orally if you are taking these medications.26