General Electric is tied to the TEPCP Fukushima Disaster which is tied to a huge dead zone in the Pacific and now 10,000 dead sea lion pups…this corrupt entity must be charged with Criminal Negligence.  See the following:

Unless you were one of the 150+ thousand people living close to the Fukushima disaster who were evacuated in 2011, Japan’s nuclear crisis might seem far away.  Remember, though, that radioactive waste spewing from the plant by the ton has been working its way into the Pacific Ocean, and from there, on to the rest of the planet. According to new research from the Centre of Excellence for Climate System Science, the radioactive ocean plume from the original disaster will reach the west coast of the U.S. by early 2014.

And then there’s San Onofre

As if Fukushima wasn’t enough, electricity generation at SCE San Onofre ceased in January 2012 due to leaks in its steam generator, reportedly “without any release of radioactive isotopes.”  More than a year later, rescue centers from Long Beach to SaSan Clemente were overwhelmed with starving sea lion pups, which soon totaled more than 3,000 cases.

Found beached in front of the now shuttered San Onofre nuclear power plant, the carcass of a California sea lion was remarkable, for being an adult specimen.  So far, throughout a four month crisis for marine mammals along the Southern California coastline, all of the 3,000-plus sea lions, elephant seals and harbor seals suffering severe malnutrition have been pups deprived of breast milk from their emaciated or missing mothers.

A quick scan with a dosimeter revealed that the dead sea lion was radioactive. More careful measurements disclosed a shocking 0.48 microsieverts in the heart and liver region.

If you haven’t visited a California beach lately, you probably wouldn’t know that the rocks are unnaturally CLEAN – hardly any kelp, barnacles, sea urchins – and the tide pools are scaringly devoid of crabs, snails and other scurrying signs of life- especially compared to ten years ago.

A Point about Beach Radioactivity:

Radiation readings along the Laguna Beach area indicate lower readings than in San Onofre or Santa Catalina, with one exception: Shallow tide pools affected by solar evaporation. Flat tidal pools that are exposed at high tides tend to act like salt ponds, concentrating radioactive isotopes in the seaweed and in crustaceans. One large sea snail registered 0.38 microsieverts, and seaweed clumps were up to about 0.20 microSv.

There are also days when we are hard-pressed to find even a half dozen seagulls on the beach.  Yes, you can still find a few seagulls foraging the picnic areas restaurants (with outdoor seating areas) for food, of course, but, when I think back to 10 – 15 years ago, the skies and ALL the beaches were literally filled with seagulls and the haunting sound of their cries both day and night…

If you have not stopped eating fish, shellfish and kelp from the Pacific Ocean, this would be a good time to do so.  We wouldn’t swim in it, either, unless you believe Ann Coulter who claims that “radiation is good for you.” If she is saying this why doesn’t she move to the California coastline and eat the radioactive fish if any can be found?  What about this terrorism to sea life? 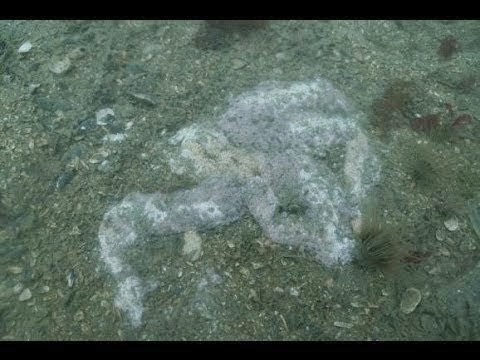