In the name of Allah, the merciful, the benefactor.

For 40 years, or perhaps more, I have done everything I have been able to give people houses, hospitals, schools. And when they were hungry, I gave him food. I turned Benghazi from a desert into fertile land, resisted the attacks of cowboy Reagan when, trying to kill me, he killed an orphan, my adopted daughter, a poor innocent child. I helped my African brothers and sisters with money for the African Union. I have done everything to help the people understand the concept of true democracy, in which popular committees govern our country. For some, all this was never enough, people who had 10-room houses, rich clothing and furniture. Selfish as they are, they asked more and more at the expense of others, they were always dissatisfied and told the Americans and other visitors that they wanted “democracy” and “freedom”. They did not want to realize that it is a cutthroat system, where the bigger dog devours everything. They were enchanted by these words, not realizing that in the US there were no free medicines, free hospitals, free houses, free education, guaranteed food. Nothing was enough for them to do, but for the others I was the son of Gamal Abdel Nasser, the only true Arab and Muslim leader we had had since Saladin’s time, a man who returned the Suez Canal to his people as I claimed Libya for my people. It was in his footsteps that I tried to follow, to keep my people free from colonial rule, from the raiders who would like to rob us.

Now I am under attack by the greatest military force in history. My little African son, Obama, wants to kill me, take away our country’s freedom, our free homes, our free medicine, our free education, our safe food, and replace it with the US-style thieving called “capitalism”. But we all in the Third World know what this means. It means that businesses govern countries, the world, and that peoples suffer. So for me there is no alternative, I must resist and, if Allah wills, I will die following the way, the way that has enriched our country with fertile fields, food, health and even allowed us to help our African and Arab brothers work here with us in Libyan Jamahiria.
I don’t want to die, but if I had to get there, to save this land, my people, the thousands of my children, then be it.
Let this testament be my voice to the world. Say that I opposed the attacks of the NATO crusaders, cruelty, betrayal, the West and its colonialist ambitions. That I resisted together with my African brothers, my true Arab and Muslim brothers.
I tried to shed some light. When buildings were built elsewhere, I lived in a modest house and a tent. I have never forgotten my youth in Sirte, I have not wasted our national wealth and, like Saladin, our great Muslim leader who saved Jerusalem for Islam, I took little for myself…

In the West someone called me “crazy” and “demented”. They know the truth, but continue to lie. They know that our land is independent and free, not subject to colonialism. They know that my vision and my path have always been honest and in the interest of my people. They know I will fight to the last breath to keep us free. God help us. Muammar Gaddafi, Revolution Leader, Tripoli, April 5, 2011 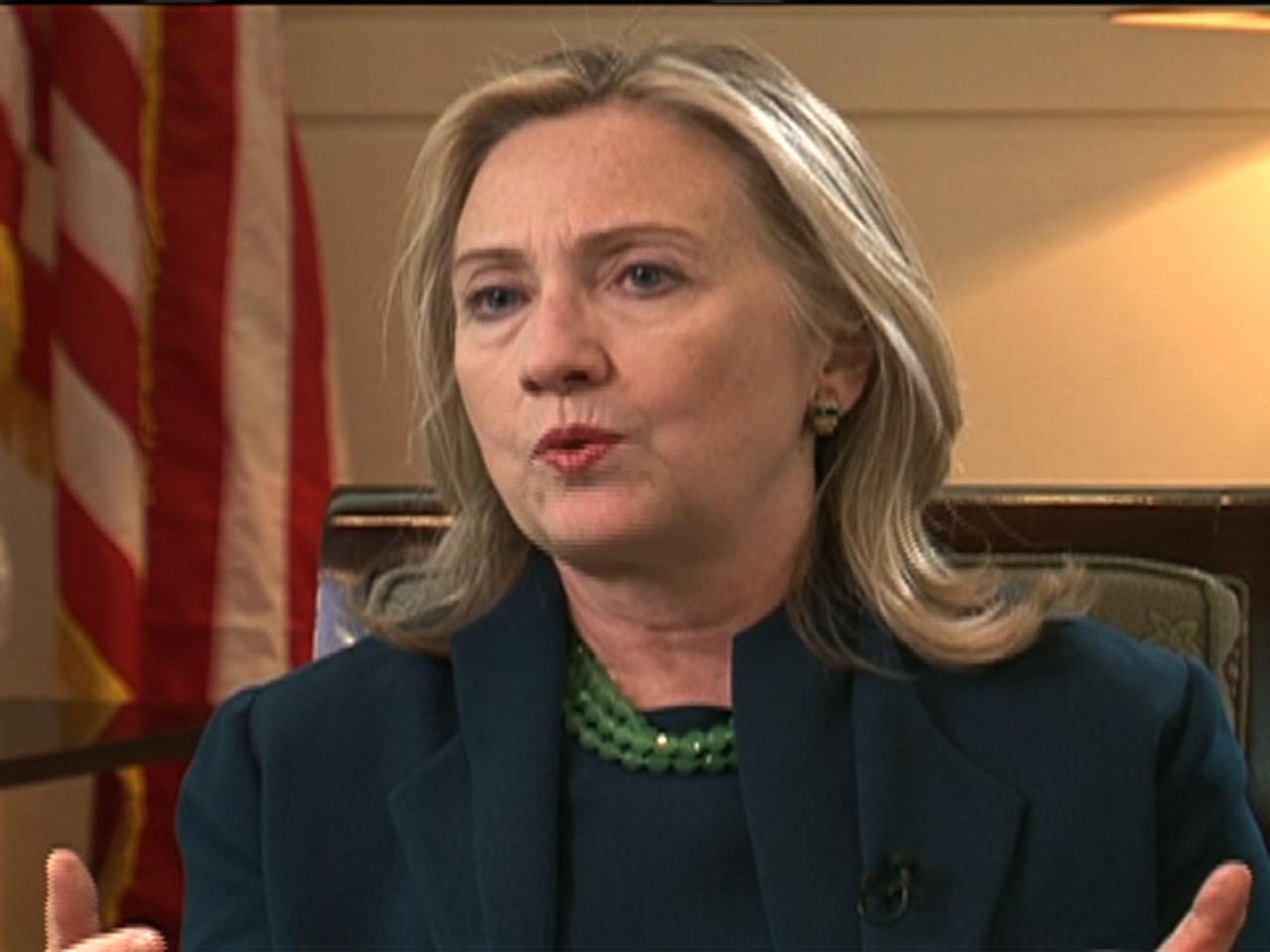 “We came, we saw, he died,” she joked when told of news reports of Qaddafi’s death by an aide in between formal interviews.

Clinton was in Tripoli earlier this week for talks with leaders of Libya’s National Transitional Council (NTC).

The reporter asked if Qaddafi’s death had anything to do with her surprise visit to show support for the Libyan people.

“No,” she replied, before rolling her eyes and saying “I’m sure it did” with a chuckle.