Klayman: I Have Sued Snipes for Fraud! Go towww.LarryKlayman.com 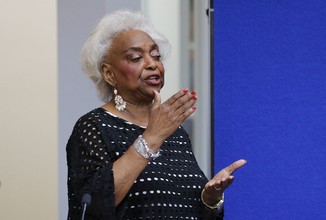 The embattled Broward County Supervisor of Elections rescinded her resignation Saturday, a day after Gov. Rick Scott suspended her without pay.

“After a series of inexcusable actions, it’s clear that there needs to be an immediate change in Broward County and taxpayers should no longer be burdened by paying a salary for a Supervisor of Elections who has already announced resignation,” Scott said in a statement Friday.