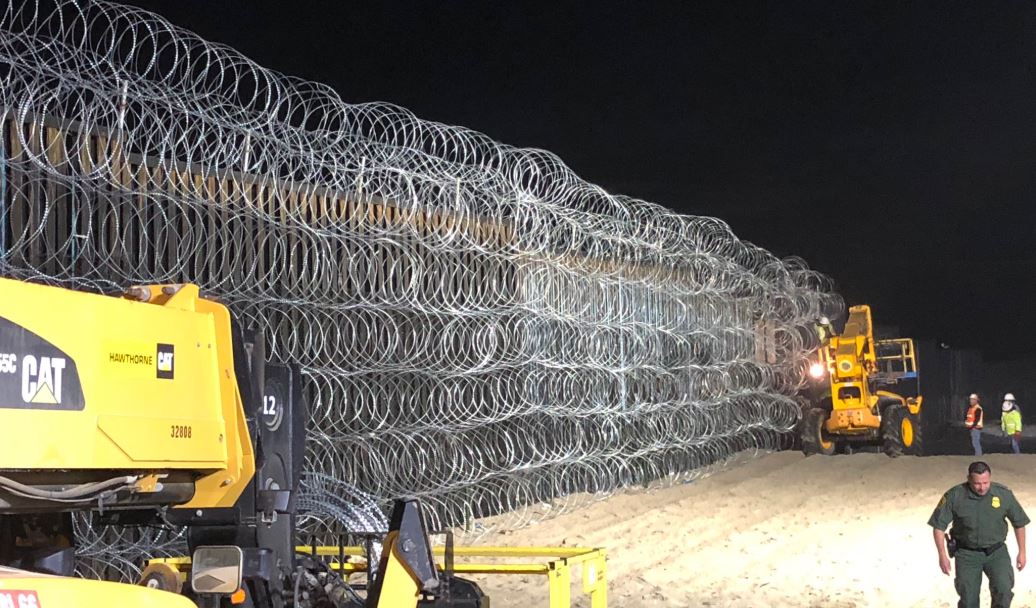 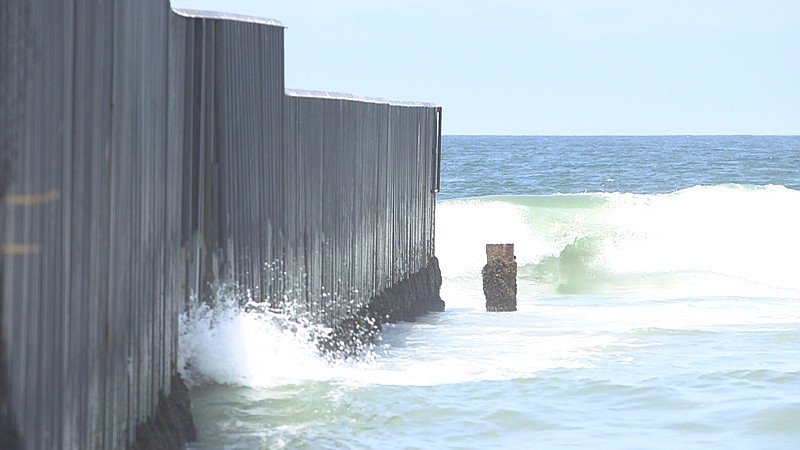 POTUS put out a tweet showing the upgraded security measures that are being employed alongside the ocean border area near Tijuana. 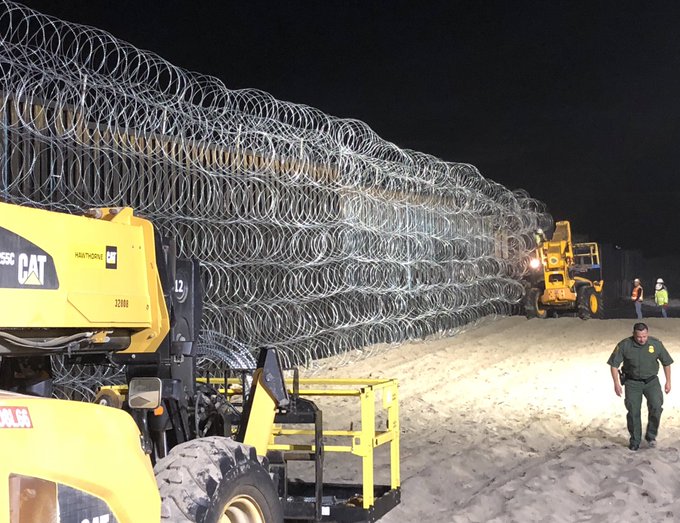 The Fake News is showing old footage of people climbing over our Ocean Area Fence. This is what it really looks like – no climbers anymore under our Administration!

I get that it isn’t quite a 30 foot wall, but it is definitely a tangible improvement. If any of those beaner monkeys tries to scale that thing, they’re going to get cut to shreds.

Trump has taken this caravan invasion seriously and we are starting to see some results from it. Sure, we might not have a complete wall system but the improvements being implemented by the military and assorted contractors is certainly going to make it tougher for these caravan invaders to enter.

Obviously, more needs to be done, but I believe he deserves credit for this and other improvements we are seeing along the border. He’s used the caravan as a way to justify using military man power to bolster border security with obstacles and infrastructure.

The fact that you have Mexicans getting all pissed off over the presence of the Central American invaders in Tijuana, is a good sign that the increased security has proven to be effective. The invaders are stuck in Mexico, and the Mexicans don’t want these shitholers there. This is going to put pressure on the Mexican government to deal with the problem.