Google and Tech Companies Will Lose Lawsuit! (So Did MONSANTO – Big Time) Suing the Crooked Zionist Corporations Out of Existence 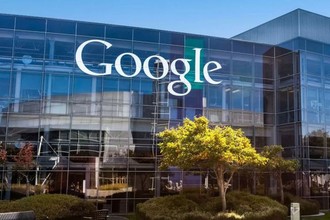 Law360 (November 19, 2018, 6:14 PM EST) — Google, Facebook, Twitter and Apple urged a D.C. federal court on Friday to toss a suit from a nonprofit alleging the technology giants violated the First Amendment and antitrust statutes by censoring conservative content, arguing the group can’t show it was censored.

The motion argues that Freedom Watch’s complaint does little more than restate opinion pieces and articles that claim the companies conspire to suppress conservative voices on their search and social media platforms, and that the suit contains no allegations the group itself was actually targeted.

“Missing from the complaint is any allegation that defendants have actually censored or otherwise taken adverse action against Freedom Watch’s own content,” the motion said. “Plaintiff does not allege, for example, that any of the defendants has removed from their platforms any posting made by Freedom Watch or that any defendant has terminated or suspended Freedom Watch’s account.”

The only alleged injury Freedom Watch suffered, the motion said, was that its growth on the tech platforms has dried up, which the companies argued cannot be connected to the purported suppression of politically conservative content.

Even if the group could establish standing, which it can’t, the motion argued, the allegation that the censorship violated its First Amendment right should be dismissed, because only the government is barred from abridging the freedom of speech.

“Private businesses like the defendants do not become state actors merely because they are open to the public or because they provide a place for speech on the Internet,” the motion said.

Freedom Watch’s lawsuit came on the heels of a Twitter tirade from President Donald Trump in late August, when he cited a study from conservative media outlet PJ Media claiming 96 percent of Google search results for the query “Trump news” come from “national left-wing media.”

Freedom Watch said it had been working on the lawsuit beforehand, though acknowledged Trump’s statements had “brought everything to a crescendo.”

After Trump’s search result tweets, Google released a statement to multiple news outlets denying that it ranks search results based on political sentiment.

Freedom Watch’s lawsuit relies on the PJ Media study and other articles from conservative sources like the National Review and The Western Journal to claim Google, Facebook and the other tech companies aim to “use their position of influence and great market power … to recraft the nation into their leftist design.”

As an example, the organization cited Google’s decision in August to delete a YouTube channel belonging to Alex Jones of InfoWars, which the suit said had “more than 2 million subscribers and many years’ worth of content.” Apple also removed InfoWars podcasts from its platform.

The companies told the court in October they planned to respond to the suit collectively, and filed a motion to dismiss on Friday. In addition to attacking Freedom Watch’s First Amendment claim, and claims under the D.C. Human Rights Act, the motion attacked the group’s claim under Section 1 of the Sherman Act, arguing the complaint includes no allegations the companies actually conspired.

The group’s Section 2 claim, which argues that the companies collectively monopolized the market for media and news publications, also fails, the motion argued, because “there is no cognizable claim for collective monopolization.”

“Such a claim has consistently and repeatedly been rejected by the courts,” the motion said. “Monopolization under Section 2 requires monopoly by a single firm.”

In addition, the companies argued, all of Freedom Watch’s claims are barred by Section 230 of the Communications Decency Act, which they said provides statutory immunity for any claims arising out of their “traditional editorial functions — such as deciding whether to publish, withdraw, postpone or alter content.”

“Courts routinely apply Section 230 to dismiss claims stemming from service providers’ decisions to post, edit, or remove third-party content,” the motion said, citing several cases including an action brought by Klayman against Facebook that was initially dismissed in 2011. “This court should do the same.”

Attorneys for Freedom Watch and the tech companies did not immediately respond to requests for comment Monday.

Freedom Watch is represented by its chairman and general counsel Larry Klayman.

Support Our Cause and Join Our Fight!
Go to https://www.freedomwatchusa.org/donate
Or call 844 FW ETHIC to contribute to Freedom Watch now
Your help is urgently needed!