Klayman: More Proof That Fox News Is a Fraud Designed Only to Enrich the Murdochs!
Go to www.FreedomWatchUSA.org to Join and Support Our Leftist Media Strike Force! Share and Donate 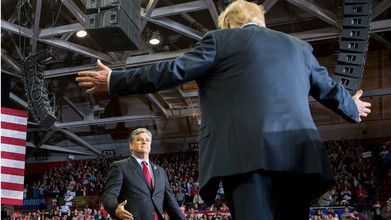 A network spokesperson on Tuesday called the event “an unfortunate distraction” that “has been addressed.”

“FOX News does not condone any talent participating in campaign events,” read a statement to The Hill. “We have an extraordinary team of journalists helming our coverage tonight and we are extremely proud of their work. This was an unfortunate distraction and has been addressed.”