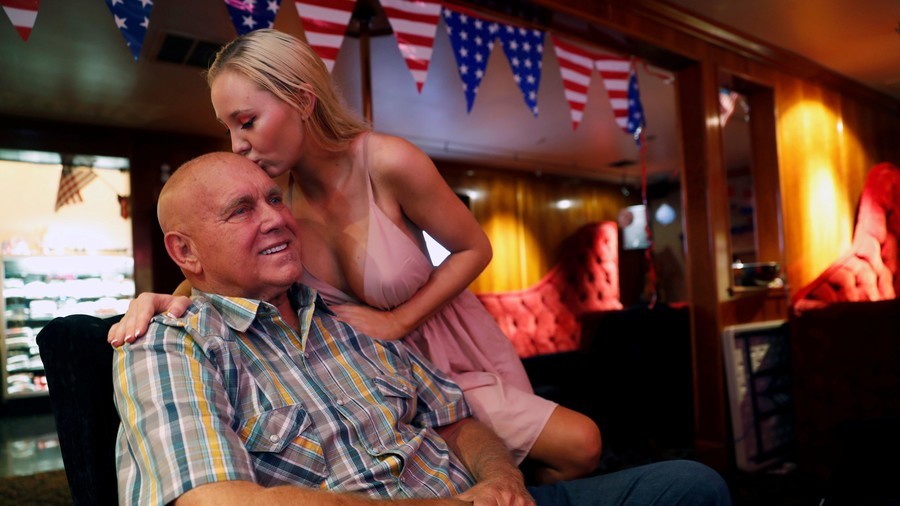 Hof, 72, was running as a Republican in Nevada’s deeply-red Assembly District 36, which includes his hometown of Pahrump. The businessman humorously referred to himself the “Trump of Pahrump.” But Hof’s name could not be removed from the ballot after his sudden passing at his Love Ranch legal brothel last month. 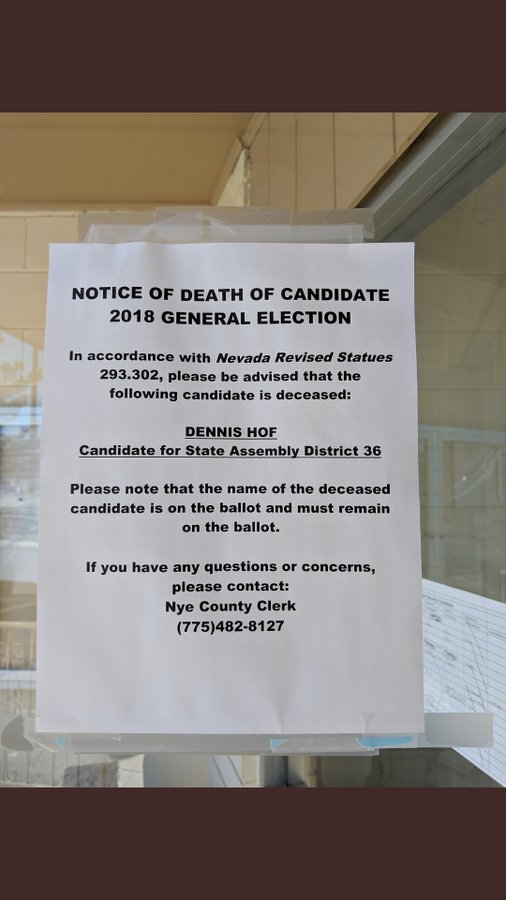 Here’s the polling notice in Pahrump today informing voters that GOP Assembly candidate Dennis Hof is deceased but still appears on the ballot. If Hof wins, county commissions from the 3 counties that the district covers will appoint a replacement from the same party #nvleg

497 people are talking about this

Instead, polling stations were plastered with signs reminding voters that the Republican candidate was dead – apparently to no effect, as Hof received a decisive 68.3 percent of the vote. His breathing Democratic opponent, Lesia Romanov, mustered only 32 percent. 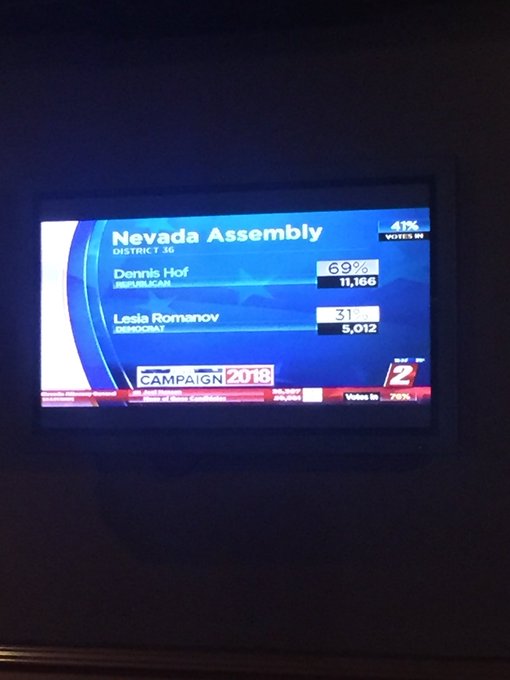 The only thing that could make Dennis’ win any better is if the final vote total comes out to “69” percent!

19 people are talking about this

Hof’s victory wasn’t unexpected, however. His own campaign urged voters to support the dead candidate in order to prevent the Democrats from controlling the seat.

In answer to the big question we’re being asked: If the Democrat wins on Nov. 6, Republicans will lose this seat despite a 2-1 GOP registration advantage. If Dennis still wins, then a Republican will be appointed by the 3 country commissions in the district to serve out his term.

21 people are talking about this

His post-mortem electoral triumph triggers a rare and complex procedure which involves county commissions nominating a person to fill the seat. The chairmen of these commissions will then cast votes proportional to the size of their respective constituencies.

The controversial businessman, who wrote an autobiography called ‘The Art of the Pimp’, won over many sceptical voters by making local water issues central to his campaign, demanding compensation for those whose water supply had been contaminated by a local nuclear facility.

Chuck Muth, Hof’s campaign manager, told ThinkProgress on the eve of the election that Tuesday’s vote would be “bittersweet.”

“It’s kind of like Moses,” Muth said. “He’s not going to make it to the promised land with us… but we hope he’s watching from the great beyond.”