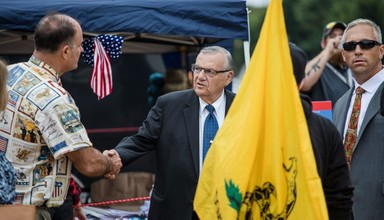 Larry Klayman, a right-wing activist and attorney, and “Sheriff Joe” Arpaio, a failed Republican candidate for U.S. Senate in Arizona, have filed a legal complaint against The New York Times alleging that the paper defamed Arpaio by publishing a column about his loss in which writer Michelle Cottle, a member of the Times’ editorial board, called Arpaio a “sadistic man.” The lawsuit seeks $147.5 million in damages.