Late Sunday night, Canada agreed to join the new renegotiated NAFTA — officially named the United States-Mexico-Canada Agreement, or USMCA — meeting the self-imposed midnight deadline in order to complete an agreement in time for current Mexican President Enrique Peña Nieto to sign it before he leaves office on December 1.

Today, Canada and the United States reached an agreement, alongside Mexico, on a new, modernized trade agreement for the 21st Century: the United States-Mexico-Canada Agreement (USMCA). USMCA will give our workers, farmers, ranchers and businesses a high-standard trade agreement that will result in freer markets, fairer trade and robust economic growth in our region. It will strengthen the middle class, and create good, well-paying jobs and new opportunities for the nearly half billion people who call North America home.

We look forward to further deepening our close economic ties when this new agreement enters into force.

We would like to thank Mexican Economy Secretary Ildefonso Guajardo for his close collaboration over the past 13 months.

Within hours of their announcement, the full text of the agreement was posted on the USTR website and can be read here.

The proposed USMCA has been widely portrayed as a replacement for NAFTA, which supposedly will no longer exist. Yet an honest look at the new agreement shows that what will no longer exist is the highly unpopular NAFTA name. In fact, not only does the USMCA retain sovereignty-diminishing provisions found in NAFTA, but it actually strengthens and expands them.

The USMCA has a total of 34 chapters, 12 more than the original 1994 NAFTA, which only had 22 chapters. Unlike the 1994 NAFTA, the USMCA includes chapters on labor, the environment, anticorruption, regulatory policy, competitiveness, and Mexico’s exclusive ownership of its gasoline and natural gas resources, among others.

The following is a list of the USMCA’s 34 chapters, along with their annexes:

8. Recognition of the Mexican State’s Direct, Inalienable, and Imprescriptible Ownership of Hydrocarbons

Once in force, the agreement will have a 16-year life, after which it will automatically be terminated unless the countries agree to renew the agreement for another 16 years. According to Article 34.7 of Chapter 34, entitled “Final Provisions,” the “Agreement shall terminate 16 years after the date of its entry into force, unless each Party confirms it wishes to continue the Agreement for a new 16-year term.” In other words, if the USMCA goes into effect in 2019, the agreement would not terminate until the year 2035 unless it is renewed for another 16 years, at which point it would not expire until 2051.

However, the United States, Mexico, and Canada will have an opportunity to review the agreement every six years, at which time they can decide whether to renew it or not, or propose changes. If during the review, the head of state of one of the countries expresses a desire to remain in the agreement, their agreement will be given an automatic renewal. Countries also have the opportunity to withdraw from the agreement with a six-month written notice. Even if one country withdraws, the agreement remains in effect for the other countries.

Consistent with other globalist schemes, the USMCA follows the “rules-based system” of compliance to international authorities such as the World Trade Organization, International Labor Organization, a plethora of United Nations conventions including the Law of Sea treaty, and the furtherance of “sustainable development,” which is mentioned no less than six times in the environment chapter.

One example of the USMCA’s complete subordination to international authority can be found in Article 24.18 of the new environment chapter, regarding fisheries, which states in part:

The footnote below for that section defines what exactly those “international instruments” are, stating:

These instruments include, among others, and as they may apply, United Nations Convention on Law of the Sea (UNCLOS), the United Nations Agreement for the Implementation of the Provisions of the United Nations Convention on the Law of the Sea of December 1982 relating to the Conservation and Management of Straddling Fish Stocks and Highly Migratory Fish Stocks, done at New York, December 4, 1995 (UN Fish Stocks Agreement), the FAO Code of Conduct for Responsible Fisheries, the 1993 FAO Agreement to Promote Compliance with International Conservation and Management Measures by Fishing Vessels on the High Seas(Compliance Agreement), done at Rome, November 24, 1993, the 2001 FAO International Plan of Action to Prevent, Deter, and Eliminate Illegal, Unreported, and Unregulated (IUU Fishing), and the 2009 Agreement on Port State Measures to Prevent, Deter, and Eliminate IUU Fishing.

Toward a North American Union

In a bold step toward a potential North American Union, the USMCA establishes a new governing international bureaucracy. Chapter 30 of the agreement establishes the creation of a Free Trade Commission as a regional governing bureaucracy overseeing various lower regional committees. Article 30, section 1, of the agreement states, “The Parties hereby establish a Free Trade Commission, composed of government representatives of each Party at the level of Ministers or their designees.” Article 30, section 2, outlines the various functions and powers of the Free Trade Commission as follows:

(a) consider matters relating to the implementation or operation of this
Agreement;
(b) consider proposals to amend or modify this Agreement;
(c) supervise the work of committees, working groups, and other subsidiary
bodies established under this Agreement;
(d) consider ways to further enhance trade and investment between the Parties;
(e) adopt and update the Rules of Procedure and Code of conduct ; and
(f) review the roster established under Article 31.8 (Roster and Qualifications
of Panelists) every three years and, when appropriate, constitute a new
roster.

The Free Trade Commission requires the United States, Mexico, and Canada to “establish and oversee a Secretariat comprising national Sections.” All three countries will be responsible for establishing and maintaining a “permanent office of its Section and be responsible for its operation and costs.” The role of the Secretariat will be to assist and promote the work of the Commission, provide administrative assistance to any dispute-settlement panels, and to cover the costs and expenses for panelists, assistants, and experts involved in a dispute-settlement proceeding.

Beneath the Free Trade Commission, the USMCA authorizes all three countries to establish the following subordinate committees:

The specific functions for each committee are outlined in their corresponding chapters. Nevertheless, all of these committees are to be comprised of representatives from the governments of all three countries. The committees are responsible for overseeing and helping to implement the agreement in their particular area. They will also be tasked with addressing any issues that arise under their area.

Committees will meet regularly or on an annual basis, and they are supposed to help encourage or foster greater cooperation and trade among all three countries in their given areas. Committees can also propose changes or revisions to the chapter in the agreement that corresponds to their area. All of the committees’ work, discussions, findings, and recommendations are to be submitted to the Free Trade Commission for consideration.

And much like the TPP Commission, the Free Trade Commission can make changes to the USMCA without the consent of Congress. In fact, the agreement completely undermines Congress’ Constitutional Article I, Section 8 power to regulate trade with foreign nations, such as Mexico and Canada, and to impose tariffs on them should the need arise, as in the case of national security.

The Free Trade Commission would also have the power to consider or adopt any changes to a country’s scheduled tariff commitments by accelerating the elimination of tariffs or by making “adjustments to the Tariff Preferential Levels established in Chapter 6 (Textile and Apparel Goods).”

USMCA will not help the United States, Mexico, or Canada be more competitive individually or boost any one of three countries’ economies. The Deep State does not wish for the United States alone to be competitive with the rest of the world, or maintain global economic dominance; instead it must surrender its sovereignty — along with that of its neighbors — to a new supranational body that will supposedly protect “North American” jobs, industry, and economy.

Under this scheme, the United States will be required to surrender its sovereignty in order for a chance to be a member of the winning team. Americans have been lied to and duped by their government into believing that their elected leaders are working in their interest, only to subordinate America’s interests to those of North America. It’s only a matter of time before the same charade is pulled on North America in order to integrate it with the world’s other regional trade blocs (i.e. the European Union, African Union, Union of South America, Eurasian Economic Union, RCEP, TPP, T-TIP) into one world economic union and commission, under the auspices of the United Nations and the World Trade Organization.

The result of “promoting further economic integration” among the United States, Mexico, and Canada, necessitating the creation of an all-powerful, unelected so-called Free Trade Commission will be nothing less than a North American Union, and that alone should motivate patriotic Americans to vehemently reject the new United States-Mexico-Canada Agreement.

Far from making America great again, the USMCA is a bag of goodies for globalists and a death certificate for American national sovereignty.

Please review our Comment Policy before posting a comment
More in this category: « USMCA: A NAFTA Reboot? Radical Left Is Advancing “New World Order” Via Progressive NAFTA Replacement »
back to top 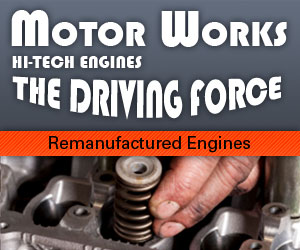 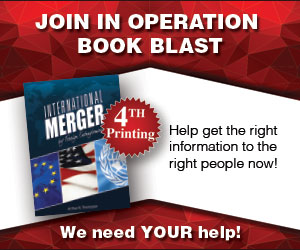