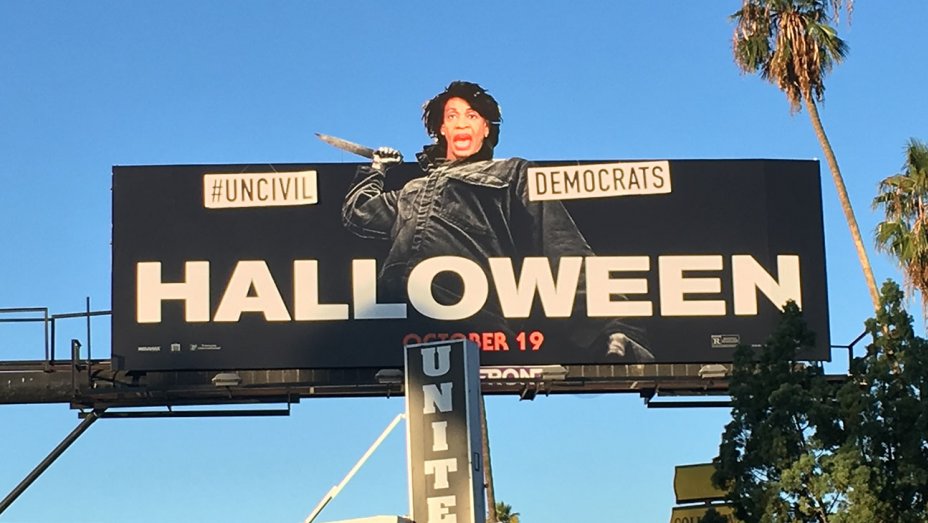 Here’s a short local news clip on the situation.

Apparently a conservative street artist named Sabo did this. It’s pretty good work. Don’t think I’ve heard of him before, but I 100 percent approve of the finished product.