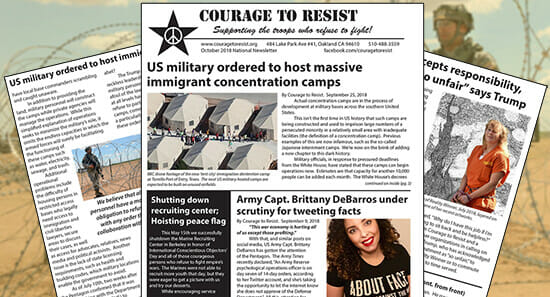 Message to the troops: Do not collaborate with the illegal immigrant detention camps

In our new October PDF newsletter, we’re again talking about the massive military-hosted immigrant detention camps decreed this summer by the Trump Administration. Just the idea of these concentration camps brings back memories of the forced relocation and incarceration of 120,000 Japanese Americans during World War II. While resistance has slowed them down, they are moving forward. Many of us thought something like that could never happen again, and yet, here we are