BREAKING: Deep state criminals and traitors to all be OUTED as President Trump approves wide-ranging release of FISA documents, FBI texts and more 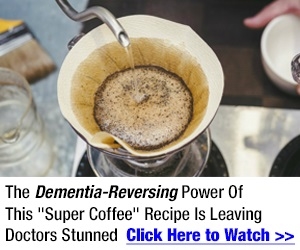 (Natural News) This is a breaking news alert with huge implications for the future of our country. (See full analysis videos, below.)

According to a White House statement:

At the request of a number of committees of Congress, and for reasons of transparency, the President has directed the Office of the Director of National Intelligence and the Department of Justice (including the FBI) to provide for the immediate declassification of the following materials: (1) pages 10-12 and 17-34 of the June 2017 application to the FISA court in the matter of Carter W. Page; (2) all FBI reports of interviews with Bruce G. Ohr prepared in connection with the Russia investigation; and (3) all FBI reports of interviews prepared in connection with all Carter Page FISA applications…

In covering the bombshell announcement, InfoWars is now reporting:

The long-awaited declassification by the president is believed to reveal further damning evidence suggesting leadership within the FBI and DoJ conspired to concoct a “Russian collusion” narrative involving Trump in order to overthrow the duly-elected president.

Trump ordered the Director of National Intelligence, the Department of Justice, and the Federal Bureau of Investigation to declassify select parts of the FISA court application to spy on his former campaign surrogate Carter Page during the 2016 election.

Last week, I was one of dozens of prominent voices who called for President Trump to release these documents.

The release of these damning documents will expose the total fraud of the deep state, Robert Mueller and a complicit fake news media

To fully understand the widespread implications of this strategic move by President Trump, watch my two analysis videos below. Each of them delves into the criminal fraud of the deep state that will now be exposed by the declassification of these critical documents.

The first video is titled, “Desperate Measures: Ploy to stop Kavanaugh is deep state’s last attempt to save itself from mass arrests.” See it at REAL.video:

The second video, which went viral last week, is titled, “Emergency ALERT: Trump has only one path to save America from a deep state takeover.” In this video, I call for Trump to take the precise action he has now taken today. Apparently, Trump is taking the path that can save America.

Watch this full video for a full understanding of what’s at stake and why today’s decision really matters:

The deep state traitors and criminals are now going to be exposed.

Make sure you understand that the insane, deranged, criminal Left will now resort to the most extreme tactics to try to stop President Trump, including unleashing false flag operations that murder innocent Americans (to be blamed on Trump), or even attempting to assassinate the President.

Prepare to join all patriots in calling for the mass arrest of all the deep state traitors and criminals who have taken part in this massive criminal coup attempt to overthrow a sitting President and destroy America.