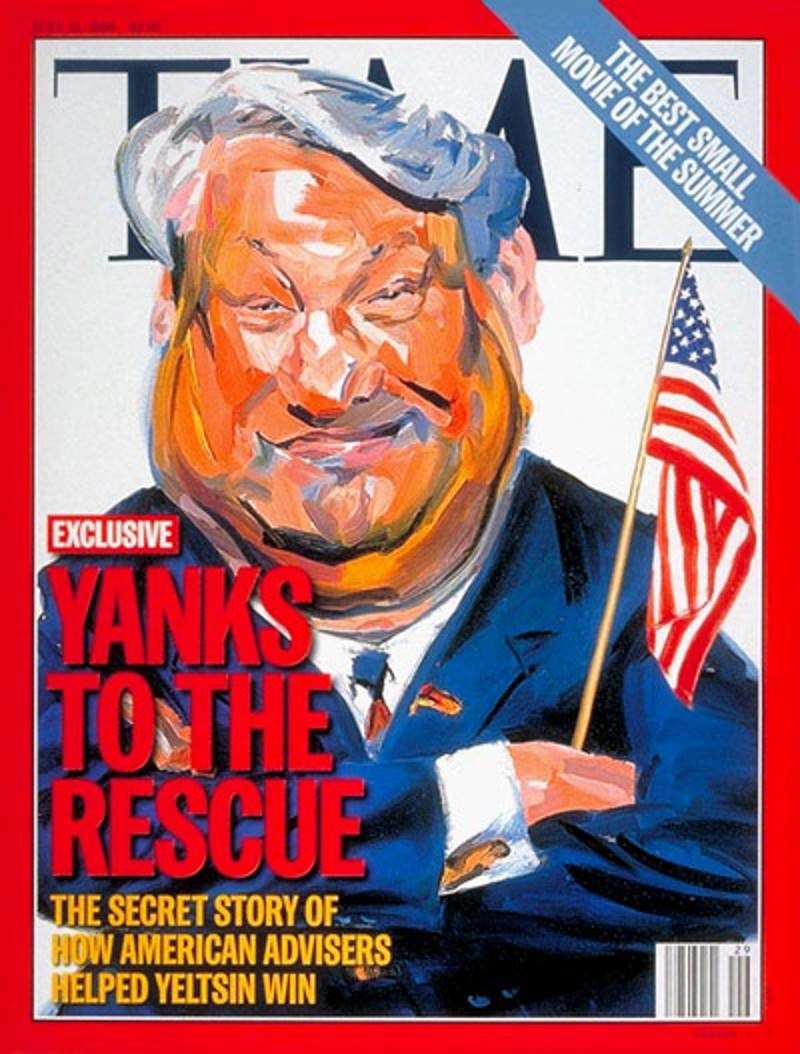 BY PHIL GIRALDI – Yeltsin had won a fraudulent election in 1996 supported by the oligarch-controlled media and by President Bill Clinton, who secured a $20.2 billion IMF loan that enabled him to buy support. Today we would refer to Clinton’s action as “interference in the 1996 election,” but at that time a helpless and bankrupt Russia was not well placed to object to what was being done to it. Yeltsin proved keen to follow oligarchical advice regarding how to strip the former Soviet Union of its vast state-owned assets. Browder’s Hermitage Investments profited hugely from the commodities deals that were struck at that time. CONTINUE READING

My Comment:  Crooked Cop Mueller will NEVER investigate Browder for they are of the same ZIONIST club that you and I are not in.  Putin Wants the Investigation but it will never happen with MUELLER.