Why Suwalki Gap is So Important to Russia: It Is a Passageway From Kaliningrad to Russia Aligned BELARUS 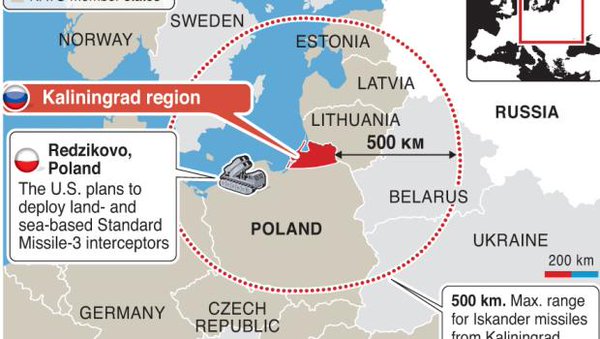 From EIR Daily Alert Service Today About Nato’s Positioning Itself in the Baltic Countries:

NATO Has No Purpose But Its Own Stability

July 9 (EIRNS)—In the middle of all of the hysteria and hand wringing leading up to the NATO summit on July 11, retired Army Lt. Gen. Ben Hodges is doing his best to play up the Russian bogeyman. The former commander of the U.S. Army in Europe is claiming in a new report “Securing the Suwalki Corridor: Strategy, Statecraft, Deterrence, and Defense,” released this month by the Center for European Policy Analysis, that Russian President Vladimir Putin is taking aim at the so-called Suwalki Gap, a corridor made up of the Poland-Lithuania border that happens to stretch between Belarus and the Russian exclave of Kaliningrad. This corridor “serves as the only land link between NATO and its three Baltic members, Estonia, Latvia, and Lithuania,” Hodges says in the report, which Defense One website previews. “If Russian forces ever established control over this Corridor, or even threatened the free movement of NATO forces and material through it, they could cut the Baltic States off from the rest of the Alliance and potentially obstruct allied reinforcements advancing by land through Poland.”

But Hodges doesn’t argue that Russia plans to invade Poland and the Baltic countries—even he knows that’s ludicrous. Rather, “if you accept Putin’s goal is to destabilize the NATO alliance and convince some members or unaligned countries to join Russia’s sphere of influence, then it becomes easier to imagine Putin engineering some sort of crisis to make the alliance look impotent or irrelevant to its members’ security, and that’s what has Hodges worried,” Defense One reports.

While intending to do the opposite, Hodges actually appears to be making the argument that NATO has no purpose because he has to make one up. Russia has no plans to invade Poland and the Baltic states, which even he admits—Russia doesn’t have the power against NATO’s 29 members that the Soviet Union confronted NATO with during the Cold War—but nonetheless, NATO has to reinforce the Baltic States; because, in effect, the purpose of NATO is to keep Russia from destabilizing NATO.