Trey Gowdy is a Showman: Doesn’t Take Concrete Measures to Do ANYTHING! Director of NSA to Be Indicted For Illegal Surveillance

Klayman: Trey Gowdy Is a Real Showman: But This Is an Act as When It Comes Time to Take Concrete Measures He Exits Stage Left!
Go to www.FreedomWatchUSA.org to Support Our Citizen Grand Juries 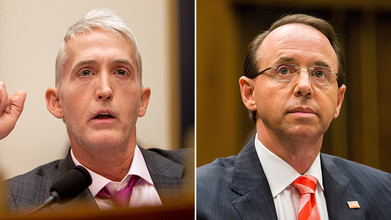 Rep. Trey Gowdy (R-S.C.) on Sunday ruled out the possibility of impeaching Deputy Attorney General Rod Rosenstein, saying there is not enough support for his ouster.

“I’m not convinced there is a movement,” Gowdy added, citing Politico’s recent report that a group of GOP lawmakers are preparing to impeach Rosenstein.

Continue Reading…..
Support Our Cause and Join Our Fight!
Go to https://www.freedomwatchusa.org/donate
Or call 844 FW ETHIC to contribute to Freedom Watch now
Klayman: So Called General Hayden as Obama Director of NSA Will Be Indicted by Citizens Grand Jury for Illegal Mass Surveillance!
Go to www.FreedomWatchUSA.org to Join Our Justice League. Also Donate and Share! 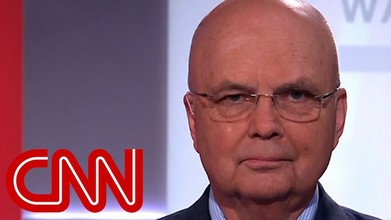 Ex-CIA director: Americans will be named in future indictments
CNN
July 14, 2018
Former CIA Director Michael Hayden anticipates many more indictments — involving Americans — to come in special counsel Robert Mueller’s investigation into Russian interference in the 2016 US election.
Continue Reading…..
Support Our Cause and Join Our Fight!
Go to https://www.freedomwatchusa.org/donate
Or call 844 FW ETHIC to contribute to Freedom Watch now
Your help is urgently needed!