(Note from Erin: I wasn’t able to write about this immediately as my own father died suddenly from a heart attack while hang-gliding, something he’d done for 40 years. He was turning 81.)

Dr Cheung is the latest holistic doctor to be found dead in our “unintended series.” We are now at 93 in just three short years.

Over the weekend, on or about June 16th, holistic chiropractor, 38-year-old Dr. Chris Cheung of Walnut Creek, died after his outrigger canoe allegedly overturned in the Berkeley Marina. Cheung was reportedly paddling alone. His body was found floating in the water Saturday afternoon. The manner of death has not yet been determined by a coroner.

So many of his friends and teammates are in shock, as Cheung was not only a member of the Dragon Max dragon boat team but because he died in the same location where they practiced nearly every day.

Gary Young, a friend and teammate of Cheung’s said, “Some doctors you know are afraid of liabilities or whatever, but Chris was just so giving. There was no hesitation for him to help people out and work with us. His skill level was good enough, high enough. It shouldn’t have happened.”1

It’s not clear what happened that day beyond the fact that it was windy and that Cheung’s vest was found inside the canoe. We will update you as soon as we have more information. 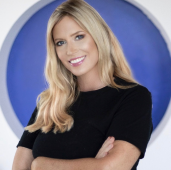 Erin Elizabeth is a long time activist with a passion for the healing arts, working in that arena for a quarter century. Her site HealthNutNews.com is barely 4 years old, but cracked the top 20 Natural Health sites worldwide. She is an author, public speaker, and has recently done some TV and film programs for some of her original work which have attracted international media coverage. Erin was the recipient for the Doctors Who Rock “Truth in Journalism award for 2017. You can get Erin’s free e-book here and also watch a short documentary on how she overcame vaccine injuries, Lyme disease, significant weight gain, and more. Follow Erin on Facebook, Twitter, and Instagram. P.S. You can subscribe to her Youtube Channel for breaking news, television appearances and more.