The Trial of Julian Assange to End Free Speech & President Trump’s Executive Order To Maintain Free Speech; Which Will It Be? 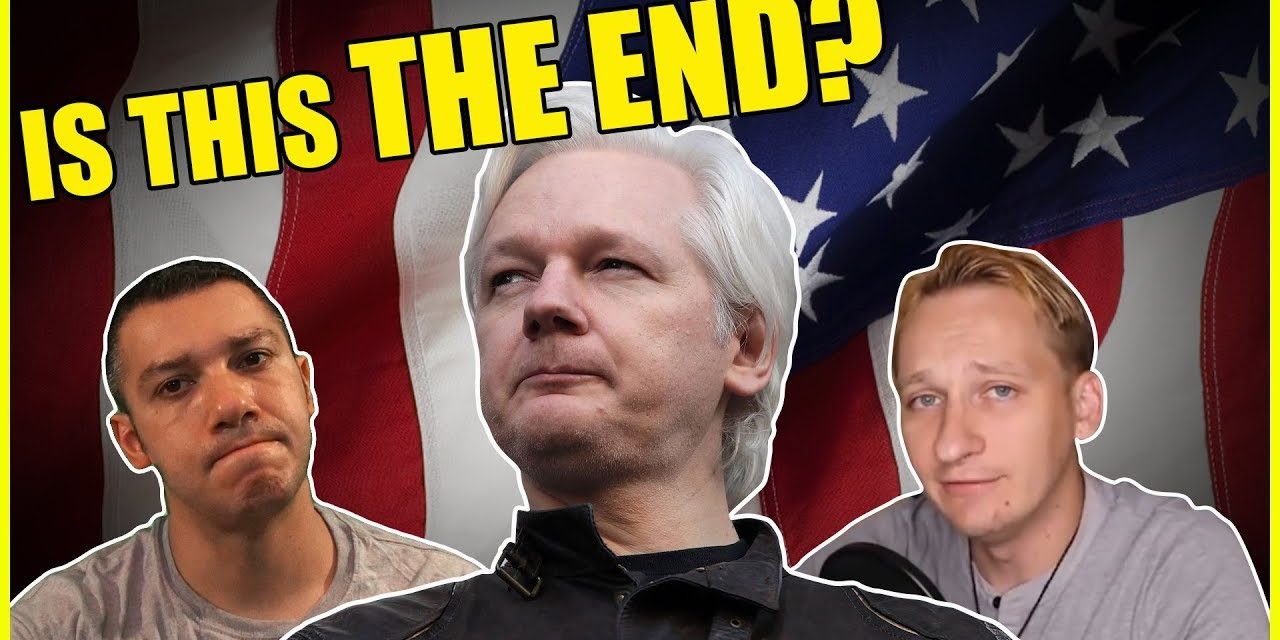 In this video, Luke Rudkowski is joined by Jason Bermas to discuss the coming extradition of Julian Assange and the subsequent trial that will effectively end free speech globally. Plus the Carter Page FISA documents acquired by Judicial Watch, a huge win for the 3d printing community, the White Helmets and much more.

OH YEAH, since we are not corporate or government owned help us out here.

YOU CAN ALSO SUPPORT US ON

By the authority vested in me as President by the Constitution and the laws of the United States of America, in order to guide the executive branch in formulating and implementing policies with implications for the religious liberty of persons and organizations in America, and to further compliance with the Constitution and with applicable statutes and Presidential Directives, it is hereby ordered as follows:

Section 1. Policy. It shall be the policy of the executive branch to vigorously enforce Federal law’s robust protections for religious freedom. The Founders envisioned a Nation in which religious voices and views were integral to a vibrant public square, and in which religious people and institutions were free to practice their faith without fear of discrimination or retaliation by the Federal Government. For that reason, the United States Constitution enshrines and protects the fundamental right to religious liberty as Americans’ first freedom. Federal law protects the freedom of Americans and their organizations to exercise religion and participate fully in civic life without undue interference by the Federal Government. The executive branch will honor and enforce those protections.

Sec. 2. Respecting Religious and Political Speech. All executive departments and agencies (agencies) shall, to the greatest extent practicable and to the extent permitted by law, respect and protect the freedom of persons and organizations to engage in religious and political speech. In particular, the Secretary of the Treasury shall ensure, to the extent permitted by law, that the Department of the Treasury does not take any adverse action against any individual, house of worship, or other religious organization on the basis that such individual or organization speaks or has spoken about moral or political issues from a religious perspective, where speech of similar character has, consistent with law, not ordinarily been treated as participation or intervention in a political campaign on behalf of (or in opposition to) a candidate for public office by the Department of the Treasury. As used in this section, the term “adverse action” means the imposition of any tax or tax penalty; the delay or denial of tax-exempt status; the disallowance of tax deductions for contributions made to entities exempted from taxation under section 501(c)(3) of title 26, United States Code; or any other action that makes unavailable or denies any tax deduction, exemption, credit, or benefit.

Sec. 3. Conscience Protections with Respect to Preventive-Care Mandate. The Secretary of the Treasury, the Secretary of Labor, and the Secretary of Health and Human Services shall consider issuing amended regulations, consistent with applicable law, to address conscience-based objections to the preventive-care mandate promulgated under section 300gg-13(a)(4) of title 42, United States Code.

Sec. 6. General Provisions. (a) Nothing in this order shall be construed to impair or otherwise affect:

(i) the authority granted by law to an executive department or agency, or the head thereof; or

(ii) the functions of the Director of the Office of Management and Budget relating to budgetary, administrative, or legislative proposals.

(b) This order shall be implemented consistent with applicable law and subject to the availability of appropriations.

(c) This order is not intended to, and does not, create any right or benefit, substantive or procedural, enforceable at law or in equity by any party against the United States, its departments, agencies, or entities, its officers, employees, or agents, or any other person.