Mueller Issues Fake Indictment; Isn’t It Time For A Real Indictment Against Mueller For Treason & Sedition?

(July 13, 2018) Desperate to head off a possible accommodation between President Trump and President Putin, which could result in a principled approach to a viable peace, the British, Robert Mueller, and the “resist” holdover forces in the U.S. intelligence community and news media have staged a trifecta of calculated information warfare operations within the last 24 hours to sabotage the summit. END_OF_DOCUMENT_TOKEN_TO_BE_REPLACED 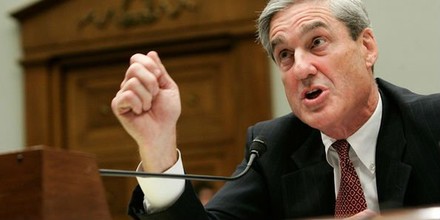 By Larry Klayman
WND
July 13, 2018
I do not believe a word the government says. When it comes to Special Counsel Robert Mueller I believe even less!

Friday, not coincidentally Friday the 13th, Mueller, this slimy Republican establishment hack who masquerades as the be all and end all of law enforcement prosecutors, bent on taking out our president, Donald Trump, in obvious cahoots with the corrupt Deputy Attorney General Rod Rosenstein, brought politically timed indictments supposedly against 12 Russian intelligence officers for allegedly hacking the email and internet accounts of the Democratic National Committee (DNC).