I and others in the real truth movement have been saying for YEARS now that this “white helmets” supposed “aid” group that was parachuted into Syria under the assumption that they would be working for the betterment of the civilian population of Syria were absolutely nothing of the sort… In fact evidence has kept pouring into yours truly and many others that these “white helmets” were in fact working with the so called US run “terrorists” and were involved in setting up so many of the fraud false flag “chemical weapons” attacks that were used to vilify the Syrian government…. Therefore we can all see that these ‘white helmets’ were indeed nothing more than hired mercenaries and operatives for the goal of regime change in Syria…

Now with the good guys aka the Syrian government forces and their Russian/Arabic allies cleaning up what remains of the fraud “rebel” groups basically trapped against the Syrian/Israeli 1974 ceasefire line in the Golan Heights with no where to go, we find that some of these ‘rebels’ are in fact what remains of the “white helmets” group of real terrorists….. It would have been a great PR victory for the Syrian government forces to actually capture many of these “white helmets” and expose them once and for all to the world to truly see what a fraud they are….

However, I came across some interesting news just today, thanks to my fellow Canadian truth seeker “Penny” who hails from the wilds of southern Ontario and writes the excellent blog “Penny For Your Thoughts” at www.pennyforyourthoughts2.blogspot.com, where apparently these ‘white helmets’ that are indeed trapped next to the Golan Heights will be “rescued” by the criminals in the US/Israel/NATO scourge!…. Here is Penny’s article on this entire fiasco right here, and I have my own thoughts and comments to follow:

Canada, US & Britain to Rescue Terrorist “White Helmets” At Golan

No word on if Israel is assisting with this operation- But, you can be sure they are! Pay particular attention to where these terrorists are going after their evacuation. Let’s just say they’ll be rewarded for their terrorism with a new home and a generous stipend

With this news breaking on Friday it will get very little notice.  So spread it around!
TRT News  & Reuters UK &  Detroit News 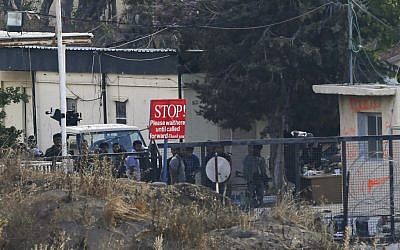 WASHINGTON — US officials say the United States is finalizing plans to evacuate several hundred Syrian civil defense workers and their families from southwest Syria as Russian-backed government forces close in on the area.

Two officials familiar with the plans said Thursday that the US, Britain and Canada are spearheading the evacuation that would transport members of the White Helmets group to transit camps in neighboring countries.

From there, they will be sent to third countries, including Britain, Germany, the Netherlands and possibly Canada,according to the officials who spoke on condition of anonymity because they were not authorized to publicly discuss the matter.

It was not immediately clear if Israel had any role in the operation. The IDF maintains its side of the Quneitra crossing, and has used it to transfer supplies to refugees as well as to evacuate wounded Syrians for medical care.

The officials, and a member of the White Helmets who is due to be evacuated from Quneitra province, said the operation appears to be imminent as the Syrian army continues to gain ground in its latest offensive.

The White Helmets, who have enjoyed backing from the US and other Western nations for years, are likely to be targeted by Syrian forces as they retake control of the southwest, according to the officials.

Recall from this post? Helsinki Dog & Pony Show: Putin/Trump Summit
Where it was stated, by yours truly, this was a probable deal worked out at the Putin/Trump summit

“Small arrangements may be made. Deals worked out? Like giving a free pass for Usrael’s terrorists aka ‘white helmets’ Reportedly discussed at the recent NATO meeting” West Scrambling to Find Options to Pull White Helmets Out of Syria – Reports

Back to Times of Israel

The officials said planning for the evacuation has been taking place for some time but accelerated after last week’s NATO summit in Brussels.

“These are hard hours and minutes,” the White Helmets volunteer in Quneitra said, speaking on condition of anonymity for fear for his life. “This is the worst day of my life. I hope they rescue us before it is too late.”

The evacuation is expected to take place from Quneitra, which straddles the frontier with the Golan Heights and where the civil defense team is trapped. It is the last sliver of land still outside government control in the region.

Sadly, US, Canada and Britain will rescue their thugs and relocate them.

Since the government offensive began in June, the area along the frontier with the Golan Heights has been the safest in the southwestern region, attracting hundreds of displaced people because is along the disengagement line with Israel demarcated in 1974 after the Yom Kippur War. The Syrian government is unlikely to fire there or carry out airstrikes.

On Tuesday, approximately 200 Syrians who were displaced by the recent onslaught approached the Israeli border, some of them waving white flags, in an apparent effort to get assistance from the Jewish state. Israel has refused to accept any refugees, including those seeking transfer to a third country.

Soldiers used bullhorns to tell them to back away from the fence.

I guess Israel was waiting for Canada, Britain and the US to come help with the evacuation?

“Syrian government supporters accuse the White Helmets, who only operate in opposition-held areas where government services are almost non-existent and aerial bombings are recurrent, of being politically affiliated with the rebel groups. Russia and the Syrian government have repeatedly accused them of staging chemical attacks in opposition areas, a charge that has never been proven.
They have continued to receive US support even as President Donald Trump presses ahead with his plans to withdraw all American forces from Syria as soon as Islamic State forces are routed”

In June, the State Department freed up a small portion — $6.6 million out of some $200 million — in frozen funding for Syria stabilization programs to keep the White Helmets operating through the end of this year.

In other parts of Syria, where government control has been restored, civil defense volunteers have almost always evacuated to other opposition-controlled areas. It is not clear why this time they will be evacuated out of the country.

This is disturbing news. Terrorism is rewarded by Canada, US & Britain. Sickening. Truly.

NTS Notes: I would bet dollars to donuts that Penny is right and that part of the discussion in Helsinki Finland between US President Donald Drumpf and Russian President Vladimir Putin did in fact focus on the situation in Syria and that it may indeed have been possible that Drumpf asked Putin directly to allow these “white helmet” criminals to escape…..

Yes, I do agree with Penny’s statement that “terrorism” is rewarded by Canada, the US, and of course the UK as well… But what else is new?  The entire “war on terrorism” has always been a complete fraud and nothing more than psychological warfare conducted on the minds of gullible people.. The reality is that the US/Israel/NATO criminal cabal aka “scourge” are the REAL TERRORISTS….

Again it would have been most fitting for the Syrian government to capture the whole batch of these fraud “white helmets” and not allow them to escape…. I would have loved to see Bashar al-Assad take every single one of these criminals and parade them around for the world to see the truth about them as well as to have every single one of them up on charges of crimes against humanity….. And I can guarantee that if they would have been captured, many would have squealed and ratted out the US/Israel/NATO scourge as being the ones responsible for the fraud “chemical weapons” attacks that we have all seen…..  Yes, that would have been a massive PR victory for the Syrian government..

And as a Canadian, I am deeply ashamed that the crooked Trudeau regime in Ottawa is involved in this entire scam and is willing to participate in allowing these terrorists to escape as well as to not be brought up on charges for their crimes against humanity…. I hope other Canadians see this travesty as well..