Western media keeps referring to an alleged chemical attack on Douma, Syria, as an established fact, but have yet to produce one iota of evidence from the town that, until recently, was controlled by Jaysh al-Islam. 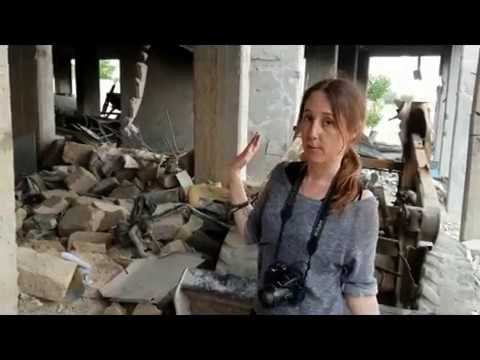 Two days after allegations of a chemical attack in April 2018, the Saudi ambassador to the US, Khalid bin Salman, tweeted a condemnation of the Syrian government’s “barbaric”act. The irony, aside from Saudi’s support to the barbaric Jaysh al-Islam, lies in the fact that, according to Mint Press News, Saudi Arabia also gave chemical weapons to terrorists in Ghouta for the 2013 attack.

The Mint Press article cited anti-government fighters who said they’d been given chemical weapons which they didn’t know how to use, naming Saudi Prince Bandar as the source.

The co-authors of that Mint Press article came under intense pressure to retract the article. According to a statement from Mint’s executive director and editor, Mnar Muhawesh, the authors suspected the pressure was from the then-head of Saudi Intelligence, Prince Bandar, one author saying “that the Saudi embassy contacted him and threatened to end his career,” if he continued investigating the attack.

So, in early May, I went to Kafr Batna where, in August 2013, hundreds of people had allegedly been treated at the Tuberculosis Hospital.

Mohammed al-Aghawani, administrator of the hospital, told me:

“There was no chemical attack. I wasn’t at the hospital that night, but my staff told me what happened. Around 2am, there was suddenly noise, shouting, cars arriving at the hospital, bringing civilians. Some people, armed men, said there was a chemical attack. Some of them had foreign accents. They took people’s clothes off and started pouring water on them. They kept bringing people in till around 7am. Around 1,000 people, mostly children, alive, from nearby villages like Ein Terma, Hezze, Zamalka. Many people later said their children never came back.”

Upon closer analysis, footage from that night shows that some of the victims appeared to have had their throats slit, peculiar indeed if they had “died from a nerve agent.”

In an ice cream shop in Kafr Batna’s main square, I asked employee Abdallah Darbou whether he knew anything about the alleged 2013 attacks.

“Yes, we heard about it, but that didn’t happen. They claimed that the Syrian regime had carried a chemical attack on us. No, they didn’t. I was living in Jisreen, close by, I have been living the real story for seven years. They didn’t attack us.”

Other residents I spoke with had no idea about the alleged attacks.

I took a taxi to the Horjilleh centre for displaced persons, just southeast of Damascus, where I met Marwan Qreisheh, from Kafr Batna. Regarding the 2013 incident, he recalled the fighting between Jaysh al-Islam and Faylaq al-Rahman, saying, “500 were killed, from both sides. They spread them on the ground, released something like tear gas, and started to film, saying the ‘regime’ bombed the area with a chemical weapon.”

Also at the Horjilleh centre, Mahmoud Souliman Khaled, a younger man from Douma, spoke of his young niece. “My sister from Beit Sawa decided to bring her children to our house. While they were on the street, there was a big explosion and a strange smell. Her daughter fell to the ground. They took her to the nearest hospital and they found out that she suffocated and died instantly. Her mouth was open and she had blue lips, it was obvious that she had suffocated.”

Khaled spoke of the aftermath, how terrorists exploited the toddler’s death: “They took photos of her and they started using them on social media and on websites. They said that she was killed in a chemical attack from the government. But she died from the chemicals that they produce. They killed her.”

After speaking with many civilians in Douma, Kafr Batna and Horjilleh, not only about whether the Syrian government had bombed them with chemicals or nerve agents but also on the truly horrific conditions they’d endured under Jaysh al-Islam, it is my opinion that the videos alleging a chemical attack in Douma were a hoax. There are enough testimonies to the contrary of the accusations, there is a dearth of any evidence to support the claims, and there is every reason to believe that terrorists and the West’s propaganda group, the White Helmets, would stage videos and fake accusations in order to incriminate Syria and Russia.

Syria and Russia are the two parties with zero interest in perpetrating a chemical attack against Syrian civilians, for moral reasons and for the obviously pragmatic one of not wanting to be militarily attacked as a consequence. FUKUS (France, UK & US), the Gulf states and Israel are parties with every reason to want a chemical attack scenario in Syria, to prolong their dirty war on Syria.

The media was right to use the words “obscene” and “masquerade”, but only in regards to the official story of events in Douma, the corporate media’s lapping up of another dodgy White Helmets video and that same media’s obfuscation of the cruelty and barbarism of the terrorists who ruled in Douma and all of eastern Ghouta.

Lush countryside of Douma, approaching in taxi I hired. 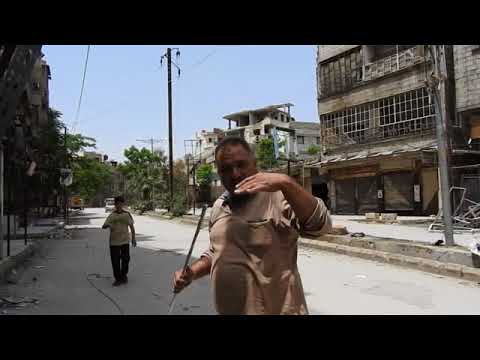 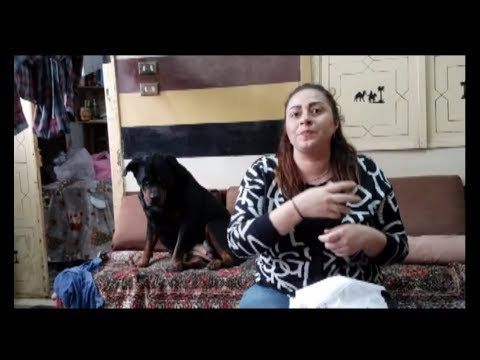