John “Bomb ‘Em””Bolton Deliberately Sabotaged Diplomacy With North Korea; Time to Be Rid of Him! 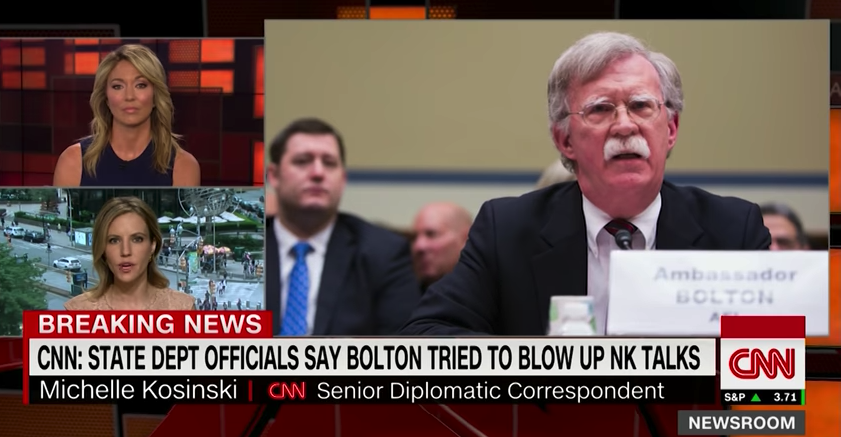 Bolton’s thinly-veiled threat of regime change in North Korea threw a major grenade into the diplomatic process. Now, reports are confirming what we already suspected: Blowing up the talks was Bolton’s end game the whole time. And the latest news is that John Bolton will be joining Trump at his talks with Kim Jong-un on Monday evening.

We can’t let Bolton bulldoze this summit again, Patty. Can you chip in $10 now to help Win Without War shut down Bolton’s warmongering?

And it’s up to us to stand in his way — now, before he has a chance to plunge us into an equally devastating war of choice with North Korea.

Already, reports are leaking that Bolton’s fellow warmonger — former Trump aide and neo-Nazi extremist Sebastian Gorka — plans to attend the summit, too. A Bolton-Gorka double billing in Singapore could twist this historic North Korea summit into the first step to war.

But there’s a silver lining behind the troubling CNN report: Major news outlets have taken notice and are running with this story. We have a huge opportunity to expose — and neutralize — Bolton’s attempts to steer the United States toward a devastating war with North Korea.