Israel NEWS: on Israel’s Nuke Arsenal, Mass Murder of Palestinian Families Without Punishment & Other Evidence of Crimes of Israel-Rothschild Ass-et

Former minister who spent time in jail is reported to says he had no ideological or financial reason to spy for Iran.

ed note–several important takeaways from this story to consider.

1. Assuming the information concerning Segev’s prior criminal activities of drug smuggling, forgery and fraud is accurate, what it shows is the manner by which Jews involved in criminal activity are not shunned, alienated, disgraced or marginalized, but rather, rise to the very top tier of influence and power by being elected to govern the Jewish state. ‘La Kosher Nostra’ is not just bantied around as a phrase just because it happens to sound good.

2. Also, please note the manner by which a Jew insinuates him/herself into the ranks of Gentiles by saying things they want to hear, something to carefully consider these days given the number of ‘good Jews’ who have also insinuated themselves into the ranks of various ‘anti-Zionist’, anti-war and ‘pro-Palestinian’ groups.

And finally, the one question that all need to consider here is just why would Israel choose to go forward with publishing a story of this type, given the obviously embarrassing parameters which encompass it? The smart money says that the very public exposure it has received is part of an intelligence op all its own in order to make the Iranians believe what whatever information they received from Segev must be true if he has been arrested for giving it to them.

According to the prosecution, if the defendants were Palestinians, the 2015 murder by arson of the Dawabshe family would be an open-and-shut conviction

ed note–as we point out here on a regular basis, whenever Jewish terrorists are brought up on charges of engaging in criminal behavior against Gentiles, the situation is ‘sticky’, in that the Jewish state–governed as it is by Judaic law–is put in the difficult position of charging/prosecuting/convicting Jews for doing PRECISELY what their religion–as clearly and unequivocally described within the pages of the Torah–command they do, to wit–

‘When the LORD your God brings you into the land you are to possess and casts out the many peoples living there, you shall then slaughter them all and utterly destroy them…You shall save nothing alive that breathes…You shall make no agreements with them nor show them any mercy. You shall destroy their altars, break down their images, cut down their groves and burn their graven images with fire. For you are a holy people unto the LORD thy God and He has chosen you to be a special people above all others upon the face of the earth…’–Book of Deuteronomy

At the same time however, the Jewish state also understands that the eyes of the world–especially in this, the age of the internet–are on them 24/7, and if indeed the Jewish state is to continue on with the delusion that it is a ‘Western style democracy’, it must in the interests of public perception conform to some degree to the standards and expectations of the civilized world and therefore cannot simply award medals of honor to Judaic terrorists who engage in the kind of behavior as is encompassed in the case of those modern day Zealots ad Sicarri who set fire to the Dawabshe family home, murdering several inside.

And remember, all of yooz out there who either maintain the completely irrational and unsupportable notion that ‘Judaism and Zionism are different and distinct’, as well as those who continue to hang on to their own brand of religious schizophrenia by maintaining that all the endorsements of religiously-based murder found in the Old Testament are the just and justified commandments emanating from the same god which Jesus Christ followed, keep in mind that the above passage which clearly is the basis upon which these terrorists murdered several members of the Dawabshe family did not appear in Herzl’s book ‘The Jewish State’, but rather with the thousands of years old book that functions as the beating heart of Judaism, the Torah. Read more of this post 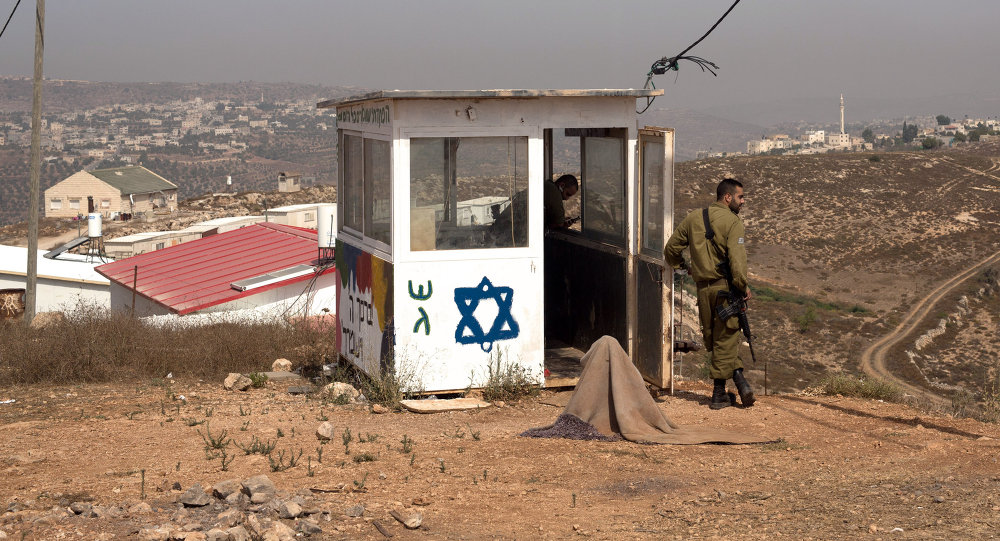 On Tuesday, two dozen far-right protesters celebrated the death of an 18-month-old Palestinian child murdered in July 2015 as the toddler’s remaining family members walked out of the Central District Court in Lod, Israel.

In July 2015, 18-month year-old Ali Saad Dawabsha was killed in an arson attack by Jewish right-wing terrorists on his Palestinian family’s home in Duma, a Palestinian town in the northern West Bank. The toddler’s parents, Riham and Saad Dawabsha, also died from their injuries within weeks of the attack. The couple’s other child, Ahmed Dawabsha, who was five years old at the time of the attack, survived, although he suffered severe burns that required months of treatment.

​”Where is Ali? Ali’s dead. Ali’s on the grill,” right-wing protesters chanted Tuesday as the child’s uncle and grandfather, Nasr and Hussein Dawabsha, respectively, walked out of the courtroom. The Dawabsha family was at the courthouse for a ruling about the admissibility of confessions provided by two suspects involved in the 2015 attack.

“Where is Ali? He’s burned!” other supporters chanted while laughing. Although there were around 20 police officers at the scene, they did not attempt to stop the chants.

“These racist barbaric chants indicate that [the far-right protesters] natural place is a zoo,” Nasr Dawabsha told The Times of Israel Tuesday outside the courtroom.

If a Palestinian celebrated the murder of an Israeli in the same way as the protesters, “they would receive the harshest of punishments from the authorities,” Nasr noted, adding that the police appeared to be “ensuring the protection” of the protesters.

Razan al-Najjar: The Soul of Palestine

In January 2016, Amiram Ben-Uliel, from the northern West Bank settlement of Shilo, was charged with three counts of murder and one of attempted murder, arson and conspiracy to commit a hate crime for his involvement in the 2015 arson.

On Tuesday, the court’s three-judge panel claimed that the confession given by an unidentified teen accomplice had been given under duress. The court also decided to disqualify some of the confessions made by Ben-Uliel during and 36 hours after his torture by Shin Bet officials. The most incriminating evidence that Ben-Uliel used, however, which included reconstructing the crime scene, will still be admitted against him in court because it was given more than 36 hours after torture techniques were used against him, the Jerusalem Post reported Tuesday.

Shin Bet is one of the three main organizations of the Israeli intelligence community, alongside Aman and the Mossad

ed note–yes, the same Donald Trump whom all duh exspurts say is LUUUVED by the Jews and who maintain that the entire GET TRUMP campaign on the part of the JMSM is all ‘an act’ to designed to confuse us. 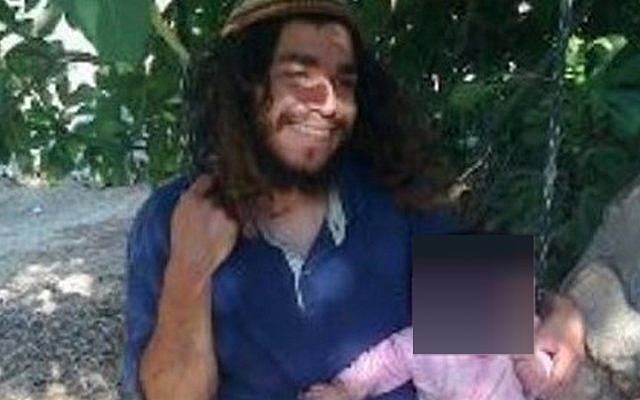 ed note–it goes without saying, but we’ll say it anyway–

CAN YOU JUST IMAGINE the campaign of screeching, wailing, gnashing of teeth, etc that would ensue if some Judaic organization were threatened with jail time for filming or documenting something the exposure of which was to their benefit and to the benefit of Judea, Inc?

My God, the noise level…

Much like ‘Holocaust denial’ laws, where an open, honest discussion about what Jewish interests claim took place over half a century ago is not permitted to take place, what is it that ‘the world’s most moral army’ has to fear by having its actions filmed and made available for public viewing?

Screaming in Arabic, protesters supporting defendant Ben-Uliel chanted at Hussein Dawabshe – whose daughter Reham, son-in-law Sa’ad and grandson Ali were killed in 2015 – ‘Where is Ali, there is no Ali, Ali burned’

When [the interviewer] asked him to characterize his career as a spy, he replied that it was the greatest fun one could have because it was “a license to crime.”  CONTINUE READING