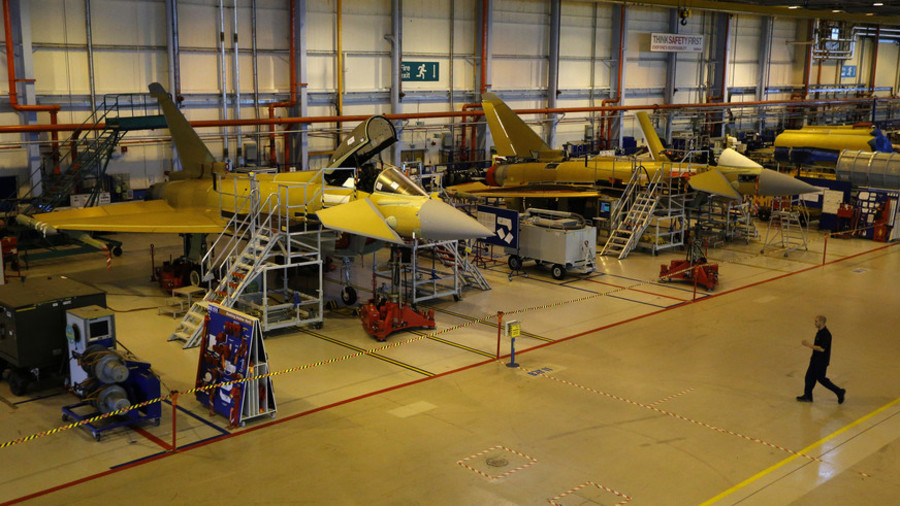 Eurofighter manufacturer BAE Systems is one UK company locked out of the new funding © Phil Noble/Reuters
Hopes by British defense firms to keep close links with the EU after Brexit were dashed on Wednesday after they were locked out of a new €13 billion European Defence Fund (EDF).

Designed to give EU governments greater “strategic autonomy” in defense procurement, the EDF aims to help European defense firms to research and develop indigenous technologies in areas such as cyber security and drone technology. Funds will be released from 2021-2027, including €4.1 billion for research and €8.9 billion for developing military capabilities. 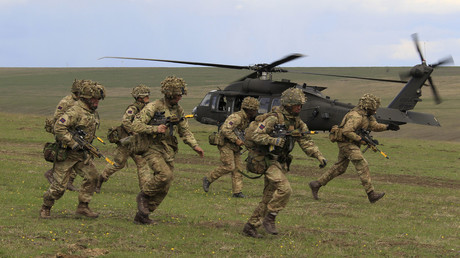 Being locked out of €500 million EU defence fund could push UK into America’s arms, diplomats say

One such program that could benefit from the pot is a collaborative effort between France, Germany, Italy and Spain to develop a new military drone. France and Germany are also in discussions over the development of a next generation fighter jet.

This removes any chance of either a post-Brexit UK or US firms, as well as any of their subsidiaries based in the EU, from accessing the funds.

The news is likely to deepen the schism between British and EU negotiators over the UK’s future relationship with the EU, as continued security cooperation was a key goal for London.

According to a second official, countries “that are not members of the EU and the EEA [European Economic Area] will not be associated to the Fund unless a specific agreement is concluded to that aim,” AFP reported.

However, British attempts to remain part of existing European defense initiatives have proven frustrating as of late with a number of spats already being reported over the last month.

The UK has already faced German-led opposition to remaining part of the €10 billion Galileo satellite program, ran by the European Space Agency (ESA), while France has opposed British wishes to continue access to shared criminal databases, under the Prüm Convention, once it leaves the EU.

According to a draft legislative proposal, seen by the Financial Times, the European Commission states: “The existing situation is not sustainable and the development of a major next-generation defence system is increasingly beyond the reach of individual member states. This lack of co-operation between member states further weakens the ability of the EU defence industry to sustain the industrial and technological capabilities necessary to preserve the EU’s strategic autonomy.”