“Town Hall” contributor was once a skeptic, but now admits the “deep state” is REAL and dangerous 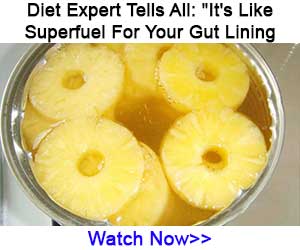 (Natural News) Many of us in the independent media have been sounding the alarm for years that a) there is a “deep state” shadow government comprised of careerists and bureaucrats within the intelligence, law enforcement and bureaucratic communities; and b) elections don’t matter because these people are beyond our reach.

And for just as many years we’ve been written off, derided as kooks, crazies, and wild conspiracy theorists.

However, the election of President Donald J. Trump has fully exposed the Deep State and its capability to operate outside of the legal parameters encompassing the vast majority of Americans and, with few exceptions, do so in complete secrecy.

People who never believed the ‘conspiracy’ are fully on board now, and their numbers are growing by the day as it becomes obvious that an outside, unseen, unrecognizable force has besieged our duly-elected president and is sparing no effort to dispose of him.

“I wasn’t a big believer in the ‘deep state,’ this push by the permanent power class in Washington trying to destroy the President because he crashed their party,” writes veteran DC writer, radio host and political strategist Derek Hunter.

“But with every new bit of ‘evidence,’ there’s little choice but to believe it’s true. Politics is a clique where party only matters around the edges. Donald Trump didn’t work his way through the ranks, pay his dues and kiss the right rings as he ascended to the White House, he stormed the gates and cut the line. He not only didn’t ‘pay his dues,’ he beat those who did. Upsetting the apple cart is always unsettling for those who cultivate apple trees,” he continued.

In short: Trump is the prototypical “outsider” and outsiders don’t belong in the DC “club,” otherwise known as “The Swamp.” Or the “Deep State.”

When it became obvious late into the night on Nov. 8, 2016, that the corrupt and impersonal Hillary Clinton’s coronation was not going to happen — because the majority of Americans outside of California had a different opinion of who they wanted to lead the country — the power structure in Washington was completely reordered, Hunter notes.

When that happened, the “insurance policy” that FBI officials Lisa Page and Peter Strzok texted about was put into action, resulting in investigations based on allegations based on nothing.

And for some reason, despite the fact that Trump sits atop the Executive Branch, the FBI and Justice Department are continuing the investigations — which gives you an idea just how pervasive the Deep State really is.

More to the point, Hunter argues, the president’s chief political opponents — far-Left Democrats — are the tip of the Deep State spear today, out in front of the attacks on Trump while lying incessantly without regard for how their divisiveness is irreparably harming the country and not being held to account for it by the American Pravda media.

The “Liberal Industrial Complex,” as Hunter calls the Left, intend to ensure that Trump’s biggest “sin” was his defeat of Clinton. “And for that, they’re trying to destroy him” and everyone associated with him, the political strategist noted.

Trump got some help this week in his battle against the Deep State — finally — from the courts, not from Deputy Attorney General Rod Rosenstein, Attorney General Jeff Sessions or FBI Director Christopher Wray, all of whom he appointed. (Related: Federal judge loses his temper during hearing with Mueller prosecutors, accuses them of “lying” and targeting Trump.)

A federal court in Virginia, led by U.S. District Judge T. S. Ellis, a Reagan appointee, smacked down special counsel Robert Mueller’s prosecutors for their indictment of former Trump campaign manager Paul Manafort, admonishing them for going after the campaign official in a brazen attempt to get him to flip on Trump.

The president also got help from another federal court. U.S. District Court Judge Dabney Friedrich denied a Mueller team request to delay the first court hearing in a criminal case charging three Russian companies and 13 Russian nationals with using social media to disrupt the U.S. election. That means Mueller’s team will have to submit to full disclosureof exculpatory evidence in a case he very likely never thought would be contested. Full disclosure will only help the president.

The Deep State most certainly does exist. It’s always been there. Trump’s victory has finally exposed it.