It’s the Russians! Crimes Russians Accused of to Dupe the Public by Zionist Media

‘The reported killing of Russian journalist Arkady Babchenko on Tuesday in Kiev was actually a ruse played by the Ukrainian law enforcement to prevent a planned hit, the Ukrainian authorities said.
Reporting on the high profile case on Wednesday, the head of the SBU, Ukraine’s national security service, Sergey Gritsak said Babchenko was alive and unhurt.

He claimed that the SBU had information about a planned assassination attempt on the journalist and acted to derail the plot.

“I want to congratulate his family, all of us and the entire world, which is watching it, and congratulate Babchenko with a third birthday,” Gritsak wrote on his Facebook page.

‘Third birthday’ was a reference to the journalist’s supposedly last post, in which he described narrowly avoiding death on May 29th a couple of years ago.

After reports of Babchenko’s killing, some Ukrainian officials rushed to accuse Russian intelligence services of masterminding the assassination. It was not immediately clear whether those officials did so as part of the spectacle or simply followed their usual habit of pinning every high-profile crime in Ukraine on Moscow.

The change of Babchenko’s status from murder victim to SBU agent didn’t stop Kiev from making accusations against Moscow. Gritsak insists that there was a hit on Babchenko ordered by the Russian intelligence. He claimed the contract to kill was worth $30,000 and that the organizer of the crime was arrested.’ 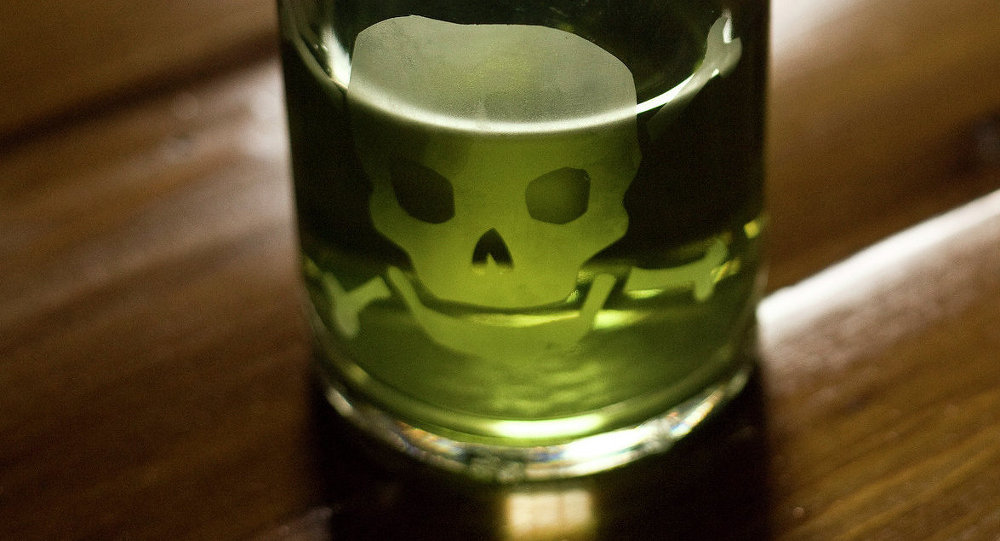 Russians Did It! A List of Dastardly Deeds Ridiculously Blamed on the Kremlin

As the campaign against Russia over its alleged role in the poisoning of an ex-spy heats up, all without any evidence from London to confirm a ‘Russian trace’, Sputnik has put together a list of some of the other instances where Moscow was falsely accused of heinous crimes, from poisonings to cyberattacks to election meddling in made-up countries.

Britain has expelled 23 Russian diplomats, cancelled high-level contacts, and vowed a ministerial and Royal family boycott of the upcoming World Cup in Russia over the poisoning of Russian ex-spy and MI6 informant Sergei Skripal and his daughter. After accusing Moscow of the crime, UK authorities dismissed Russia’s proposal to carry out a joint investigation, and ignored its request to provide it with a sample of the poison used in the attack. 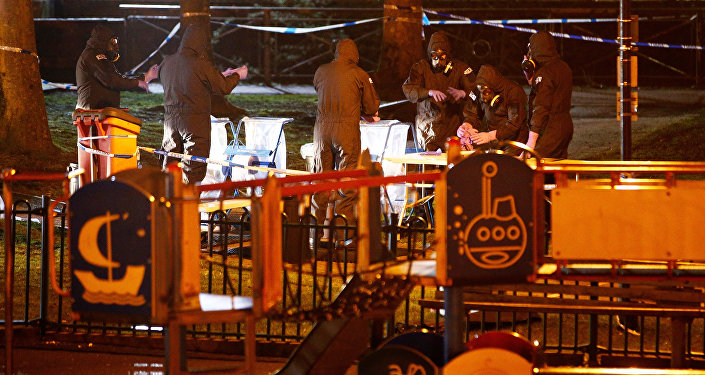 But the Skripal case certainly isn’t the first time that Russia has been baselessly accused of heinous poisoning attacks. In 2004, pro-Western Ukrainian presidential candidate Viktor Yushchenko was thought to have been poisoned with dioxin, leading to his temporary physical disfigurement. Immediately pointing the finger at Moscow, Yushchenko evoked public sympathy to help improve his electoral rating, and went on to become president in the aftermath of Ukraine’s first color revolution.Nearly a decade and a half after the attack, Yushchenko’s allegations remain unproven, and an official investigation into the suspected poisoning went nowhere. Ukrainian prosecutors complained that Yushchenko offered little cooperation with the official inquiry, and repeatedly refused to provide blood samples. Opposition figures in Ukraine have since speculated that the poisoning may have been little more than a political stunt.

Two years later, in 2006, another poisoning story made headlines, this time involving former Russian Federal Security Service agent Alexander Litvinenko, who died after being given a deadly dose of polonium.  Western media and British authorities immediately blamed Moscow, but offered no real evidence. 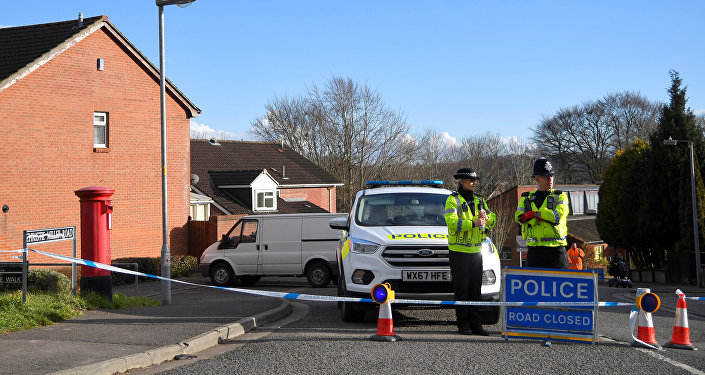 Subsequent expert testimony in the Litvinenko case determined that it was not possible to trace the poison back to a specific location, contrary to London’s claims. A coroner’s inquest took place only five years after Litvinenko’s death, and prosecutors’ ‘grave suspicions’ of Russian involvement were not substantiated. Russian investigators, for their part, were barred from investigating the case, and didn’t receive evidence from the UK to justify the extradition of Andrei Lugovoy, the man UK authorities accused in the killing.Further investigations by Russian media later charged that Litvinenko may have been poisoned by renegade Russian oligarch Boris Berezovsky as part of a plan to smear the Russian government. Just this week, Litvinenko’s father, Valter Litvinenko, made a sensational appearance on Russian television with Lugovoy, where he said that he believed his son was killed by biochemist Alexander Goldfarb, who he suspects of being a CIA agent.

In other words, the latest claims about ‘Russian state-sponsored poisonings’ are nothing new, but are a continuation of a well-established pattern of accusations which are never proven. As always, British speculation about Russian involvement in the Skripal case fails to answer the most important question, which is what might motivate Moscow to poison an ex-spy in another country with a ‘Russian-made’ nerve agent, just days before a presidential election, and amid preparations for the World Cup.

Russian Meddling, From the USA to Limpopo

Of course, in addition to heinous poisonings, Western leaders and media have also accused Moscow of a series of other crimes over the years, some so absurd they are difficult to take with any level of seriousness.

Last year, US Congresswoman Maxine Waters, who earlier gained fame in Russia with her claim that Moscow was “continuing to advance into Korea,” defended the fictional African nation of Limpopo, which a pair of Russian telephone pranksters told her had been hacked by the Russians under the personal direction of Vladimir Putin. A concerned Waters promised to “stand with you guys” and get to the bottom of the situation, and find out what intelligence assets the US had in Limpopo to help out.

Months later, the pranksters struck again, this time targeting US Ambassador to the UN Nikki Haley, who was tricked into claiming that she was aware of Russian meddling in the elections on the fictional South China Sea island nation of Binomo, and promised to monitor that situation closely.

The trolling of politicians over alleged Russian electoral interference has been a response to a seemingly endless series of claims made by the US and its European allies about Russian election meddling, claims never backed up with concrete evidence.

In the eyes of the US and its partners, the list of Russian crimes is long and varied, and includes everything from a US commander’s claim that Russia was purposely “weaponizing” Middle Eastern refugees’ migration to Europe in an effort to destabilize the EU, to allegations that Russia was behind the assassination of JFK or the Polish president, to the suggestion that Russia had intentions to gobble up Europe like an aggressive “crocodile,” and so on and so forth. 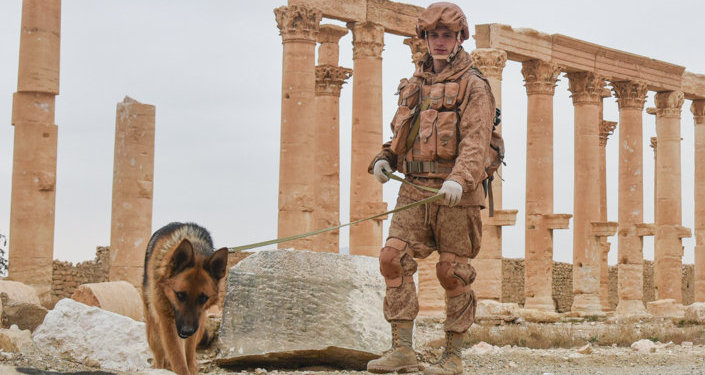 The list of allegations is so long that it’s difficult to keep track, with the only effective and principled response being to try to fact-check and debunksome of these claims.

In the meantime, as long as Russia continues to stand for the creation of a multipolar world order, its demonization via baseless accusations, some more serious than others, is likely to continue.