This Could Be the Real Reason Why North Korea Stopped Its Nuclear Missile Tests: Earthquakes, Radioactivity and Mountain Collapse

Trevor Nace , CONTRIBUTOR Opinions expressed by Forbes Contributors are their own. 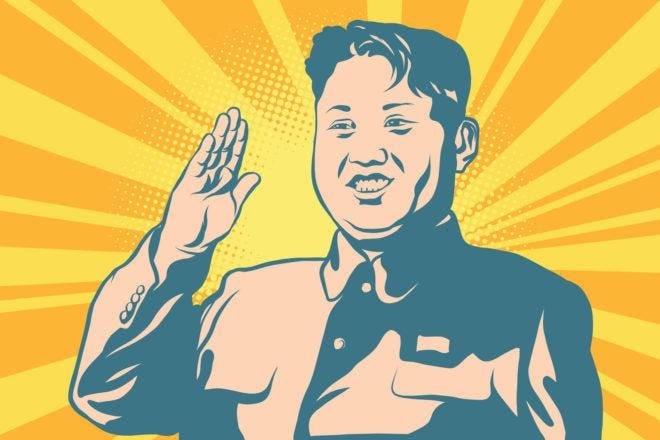 North Korean president Kim Jong-un recently announced his country has halted its nuclear testing program. While it is unclear whether this is a political move in preparation for meeting with the United States president Donald Trump, recent evidence suggests the country may have been forced to halt testing.

A recent study by a group of geologists discovered that the mountain used by North Korea for its nuclear bomb testing has collapsed as a result of the explosions. The collapsed mountain is raising concerns about radioactive fallout, which could make its way into China.

Scientists from the University of Science and Technology of China believe this could be the true reason North Korean President Kim Jong-un announced the halt of their nuclear testing program. 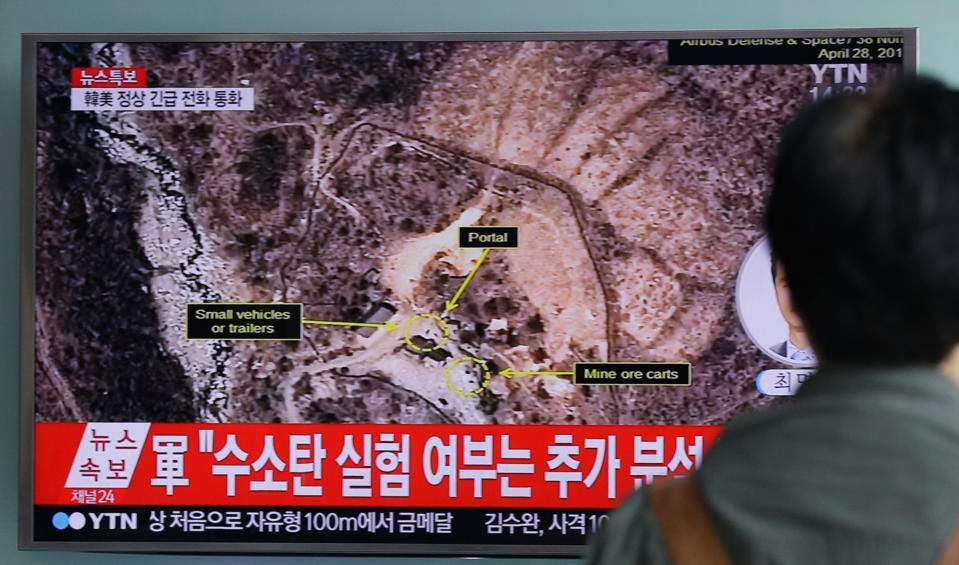 A man watches a TV news program reporting North Korea’s nuclear test at Seoul Railway Station in Seoul, South Korea. North Korea has conducted five nuclear tests, the first in 2006. All were conducted in the depths of Mount Mantap, a nondescript granite peak in the remote and heavily forested Hamgyong mountain range about 80 kilometers (50 miles) as the crow flies from Chongjin, the nearest big city. Since North Korea is the only country in the world that still conducts nuclear weapons tests, its Punggye-ri site on – or mostly under – Mount Mantap is also the world’s only active nuclear testing site. The letters on the screen read: “Hydrogen bomb test.” (AP Photo/Ahn Young-joon, File)

The team of Chinese geologists believes the collapse was a result of the detonation of North Korea’s most powerful nuclear warhead last fall. The nuclear bomb was detonated about 2,300 feet beneath the mountain’s peak, causing aftershock earthquakes and collapse of the mountain.

The research, which will be published next month in the peer-reviewed journal Geophysical Research Letters, examines satellite imagery before and after the nuclear tests. There is ongoing concern that the collapse ejected radioactive dust, which could make its way into China and other neighboring countries.

The bomb likely vaporized the surrounding rock and blew a hole in the side of the mountain according to Wen Lianxing, the lead geologists on the project from the State University of New York at Stony Brook. After analyzing satellite imagery and the response from seismic stations, the research team concluded that the blast caused a large section of the mountain to collapse on itself.

The United States Geological Survey reported a magnitude 6.3 earthquake, followed by a second 4.6 magnitude earthquake shortly afterward coinciding with the detonation of the September nuclear test.

Evidence of the collapse of Mount Mantap suggests it could be the underlying cause of North Korea halting its nuclear tests. Time will show whether the recluse country will develop a new nuclear test site or whether this marks the end of nuclear testing by North Korea.