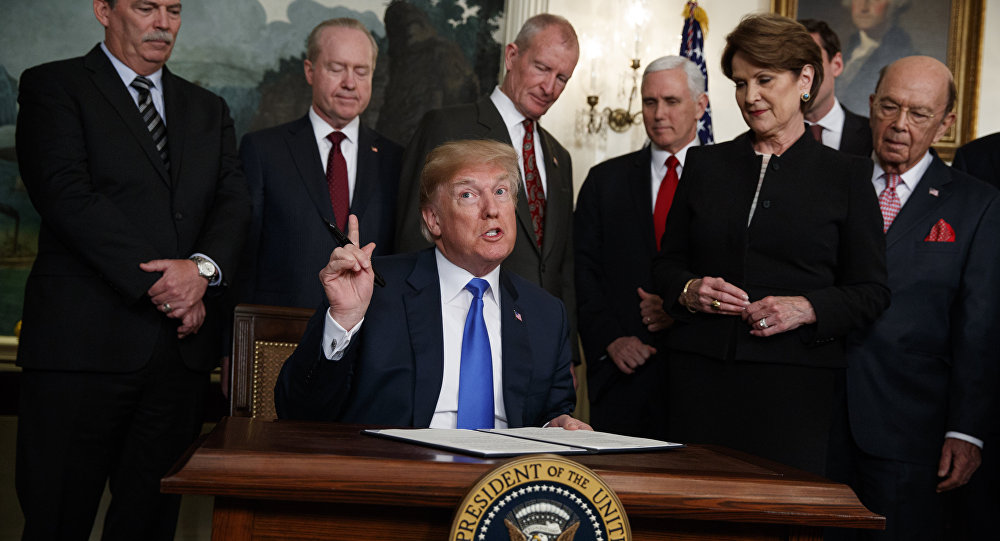 On March 8 eleven countries signed the CPTPP, the Asia-Pacific trade pact formerly known as the Trans-Pacific Partnership. Although the US pulled out last year after Donald Trump called it a “horrible deal,” it was salvaged by the remaining members.

Sputnik discussed the Trans-Pacific Partnership with Professor Peter Robertson from the University of Western Australia.

Sputnik: Let’s talk about this new CPTPP* deal and to what degree it will actually incorporate the original TPP agreement?

Sputnik: So the deal is actually quite similar to its parent pact?

Peter Robertson: It’s the agreement of the same set of countries and the nature of the agreement is the same, there are tariff reductions and agreements to eliminate other types of protection that’s very important today so a lot of countries have low tariffs but there’s other types of protection, we call it non-tariff barriers. These are things like regulations that prevent exporters easily getting their products into other countries, sometimes they are disguised as safety regulations, health regulations, sometimes it’s just very complex legislation, so there’s lots to talk about in terms of getting rid of these types of barriers that will facilitate trade and that’s still going on, the main difference is that the United States is not there. The United States was insisting as part of this agreement that other countries open up their economies to some of the things that it is good at exporting such as movies, software and so forth. And these are all things where they have intellectual property around them, and they want to establish a set of international trade rules whereby countries respect essentially US copyright laws, patent laws and so forth. This also applies to patents on pharmaceutical products where they think that other countries are copying their products before the patent expires in the US.

For more information listen to this edition of Weekend Special with Professor Peter Robertson, Dean of the UWA Business School, The University of Western Australia.

*The Comprehensive and Progressive Agreement for Trans-Pacific Partnership (CPTPP) is a free trade agreement involving 11 countries in the Pacific region, including New Zealand, Australia, Brunei, Canada, Chile, Japan, Malaysia, Mexico, Peru, Singapore, and Vietnam. Once the CPTPP enters into force, it will be one of the largest free trade agreements in the world.

The views and opinions expressed by Peter Robertson are those of the analyst and do not necessarily reflect those of Sputnik.