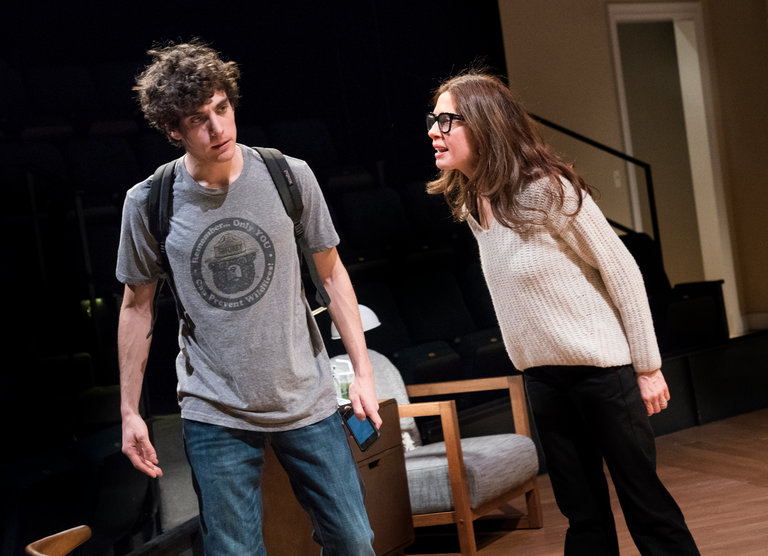 Times Caption: Ben Edelman and Jessica Hecht as a high-school senior and his mother, whose liberal beliefs are challenged during college-application season in Joshua Harmon’s “Admissions.”

Boobus Americanus 1: I read a review in the New York Times about a new play at the Lincoln Center. The show is a satirical portrayal of a White liberal student’s reaction to being denied admission to Yale while his Black friend got in.

Boobus Americanus 2: Interesting. The transformation to a more diverse society is not without certain necessary growing pains. Editor: A glimpse of the what the West’s future holds for Boobus’ grandkids. So sad.