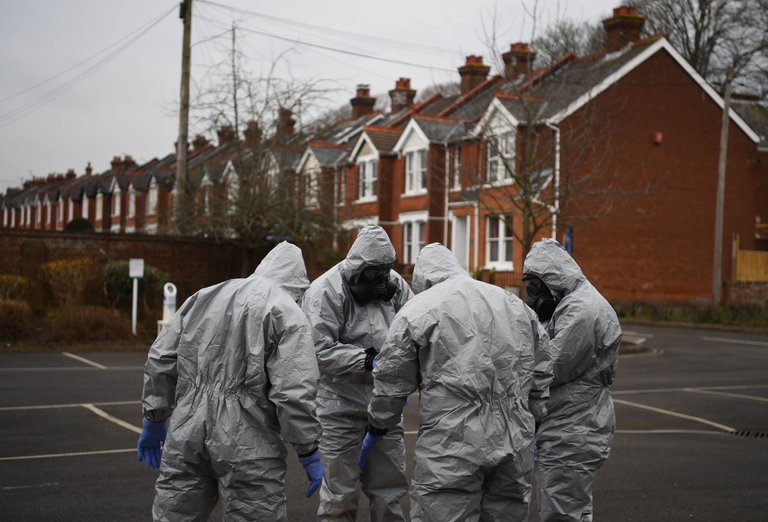 Military investigators in protective suits (oh the bloody drama!) in the English town where a former Russian spy and his daughter were attacked one week earlier  with a nerve agent.

Boobus Americanus 1: I read in the New York Times today that Putin just posioned another Russian defector on British soil.

Boobus Americanus 2: If he keeps acting like this he’s going to ruin the World Cup of soccer for both his country and the world.

Sugar:  Use that frickin’ pea-brain of yours, Boobusss! Why would Putin do something so bold and provocative just three months before the start of the World Cup in Russia.

Editor: Exactly. Putin could just as easily ordered this imaginary hit in late July — after the big tournament had ended.