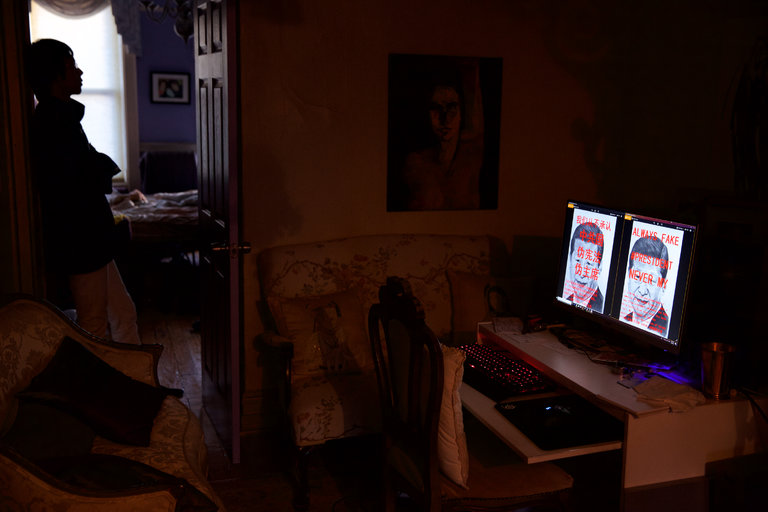 Longxiao Li, pictured in his apartment, placed a poster at New York University’s MetroTech campus in Brooklyn in protest of a plan to let President Xi Jinping of China serve indefinitely.