ZERO HEDGE – In yet another sign of what Russia expert Stephen Cohen has described as the escalating New Cold War, non-NATO aligned Sweden is initiating detailed plans to ready itself for total societal mobilization in response to military attack from a major external power. As Aaron Mehta points out in his exclusive for Defense News entitled Fortress Sweden: Inside the plan to mobilize Swedish society against Russia, that major external power is none other than Russia, whose heavily militarized port of Kaliningrad lies a little over 220 miles across the ocean from Sweden. CONTINUE READING 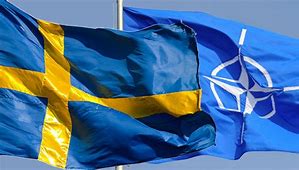 Weimar America: one nation, under ZOG with liberty and justice for no one.

Zionist Occupation Government (often abbreviated as ZOG) refers to the control of many countries by Zionistorganizations, while the formal government is a puppet regime or bureaucracy. This expression is often used by various opponent to Zionism including nationalists in the United States and Europe, opposition groups such as Pamyat in Russia and white nationalists and Conservative Christians, including groups in Poland and Sweden.

The word ”Zionist” in ”Zionist Occupation Government” is derived from the ideology of Zionism, the movement for support of a Jewish state in the Land of Israel and aims to the Jewish domination of the World.

The earliest appearance of the term was in 1976 in an article, Welcome to ZOG-World, attributed to American nationalist Eric Thomson.

Aryan Nations picked up on the term and used it in their literature. Aryan Nations was an organization founded in the early 1970s by Richard G. Butler. Butler was previously associated with another anti-Zionist opposition group called the Church of Jesus Christ Christian.

The term came to the attention of a wider audience in a December 27, 1984 article in The New York Timesdescribing the Silent Brotherhood’s terrorist activities.

During the 2014 Gaza Holocaust, the USA and other ZOGs pressured the International Criminal Court at the Hague to prevent a war crimes probe of Israel’s mass genocide in the Gaza Strip.[1]

In February 2015, multiple pro-Israel lobby groups in the United States have threatened Democrat lawmakers if they skip the Netanyahu‘s speech about Iran before Congress the following month.[2] Later that month, a Federal US jury ordered the Palestine government to pay $218 million to Israel.[3]

The American Zionist Council from 1978-2014 paid $56.73 million USD ensure that the US Congress is populated only by Zionists. This is a small sum compared to how much the US has given to Israel which has been over 1000 times this during that time.[4]

July 3, 2015, the nations in the United Nations Human Rights Council voted whether to hold Israel accountable for the Gaza Holocaust. Only the USA voted to support Israel.[5]

Dresden, Germany, which had received a genocidal bombing campaign during WWII, was where in 2014 all of its citizens dared (unlike the cucks everywhere else in white countries) to oppose foreign invasion from Africa and the Middle East. In response, in 2015, its ZOG farce-democracy government installed a military compound for the invading young men. The government did this secretly with no prior notice and they made it in the center of town in a park by the city’s famous Semper Opera house. The construction went on through the night, clearing away grass and to pulling up trees to destroy a park and replace it with a ”migrant camp”. The very next morning, thousands of invaders had arrived in the military camp. The migrants immediately established themselves as black-market businessmen in the previously low-crime city, on their first day, approaching every German on the street and peddling drugs. Since the camp’s establishment, the entire city of Dresden has been, and continues to be, under martial law, which the government hides by the euphemism ”police control.”[6]

When you try to travel across the globe they put you through high radiation or check up your ass – but when these “immigrants” move around they seem to have the authority of the Pope. How can they arrive and immediately be selling drugs? Who “runs for his life”, seeking asylum and carries bags of drugs with him?[7]

Most people who talk about ZOG would be referring to governments like those of:
U.S.A.
European Union
Canada
Australia
New Zealand
Israel
but not
Iran
Malaysia