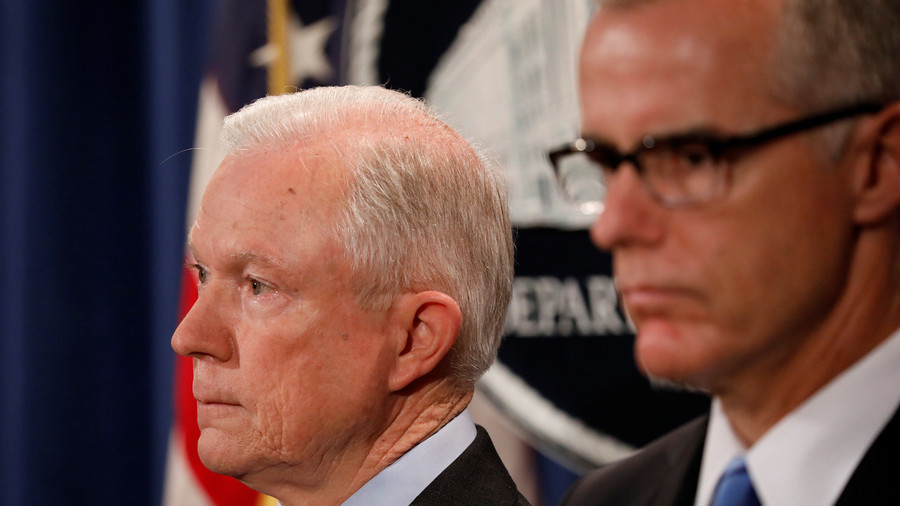 The termination was recommended by the FBI’s Office of Professional Responsibility. It comes after a still-classified report from the Department of Justice (DOJ) inspector general found that McCabe mishandled the FBI’s investigation into Hillary Clinton’s use of a private email server during her tenure as Secretary of State. 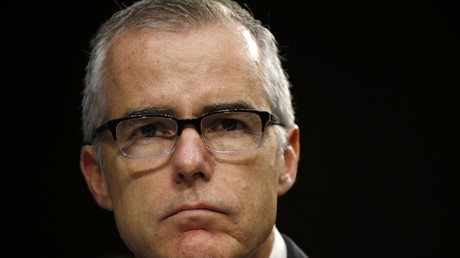 “Based on the report of the Inspector General, the findings of the FBI Office of Professional Responsibility, and the recommendation of the Department’s senior career official, I have terminated the employment of Andrew McCabe effective immediately,” Sessions said of his decision.

McCabe’s firing was announced on Friday, just two days before he was set to retire. The sacking could cost McCabe the pension that he was entitled to after 21 years of working at the FBI.

McCabe “has made an unauthorized disclosure to the news media and lacked candor – including under oath – on multiple occasions,”Sessions stated, citing reports by both the Inspector General and the ORP. The soon-to-be-released DOJ report is expected to reveal that McCabe leaked information about the Clinton email probe to the media and misled watchdog investigators.

McCabe announced that he would be stepping down from his post in late January, but took a “terminate leave” that would have allowed him to collect an estimated $60,000 a year pension. McCabe planned to retire on Sunday, the day of his 50th birthday.

The career FBI official’s plan did not sit well with US President Donald Trump, who has repeatedly taunted him on Twitter, particularly over his wife’s connections. In July, Trump tweeted that McCabe should have been fired because his wife, Jill, received money from a Clinton ally in 2015 to run for a state seat in Virginia. In a string of tweets in December, Trump slammed McCabe for “racing the clock to retire with full benefits.”

In the statement released upon his ouster, McCabe accused the White House and Trump personally of taking revenge on him for his conduct in wake of the firing of former FBI Director James Comey.

“The release of this report was accelerated only after my testimony to the House Intelligence Committee revealed that I would corroborate former Director Comey’s accounts of his discussions with the President,” McCabe said, describing the accusations against him as “an unprecedented effort by the Administration, driven by the President himself, to remove me from my position, destroy my reputation and possibly strip me of a pension that I worked 21 years to earn.”

His dismissal, McCabe argued, is a part of a larger pattern involving “an ongoing war on the FBI and the efforts of the Special Counsel [Robert Mueller] Investigation [into Trump’s alleged collusion with Russia]” waged by the Trump administration.

He has rejected all the accusations against him, saying that there is “nothing further from the truth” than the claims that he lacked integrity and was led by political motives through the Clinton probe.

McCabe has also denied that he single-handedly allowed media leaks, arguing that all his contacts with the press were supervised by the FBI chief. “It was not a secret, it took place over several days, and others, including the Director, were aware of the interaction with the reporter.” He went on to point out that he continued “the same type of work” after Comey was fired and replaced with Christopher Wray “at his request.”