ReaJewNews: In Defense of Hate Speech (Zionist Khazars are the Fake Jews Masquerading as Real Jews) 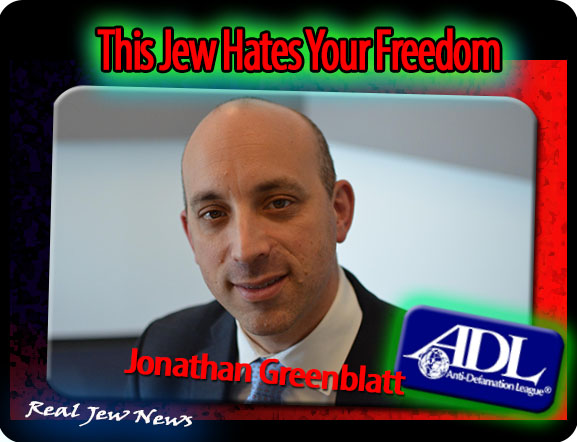 IN A TINY WORLD OF JEWS, a very BIG political issue comes to the fore, that is, the assault on America’s First Amendment, namely free speech.

The chief culprit is the Anti-Defamation League (ADL) which represents American Jewry in its quest to kill our freedoms beginning with “hate crime” legislation strategically calculated to evolve into “hate speech” sh#t so as to stuff a gag into the goyim’s mouth.

With their propaganda apparatus in hand, (Jews own the media), the cultural norm in today’s Jew-ruined America is extreme paranoia over offending some minority group.

This development creates an atmosphere of self-censorship in anticipation of the Jew-owned press and courts charging the offender with “hate speech.”

Thus, especially with regard to “hate speech,” we should categorize Jews not only as the “monied class,” and the “propaganda-peddling class,” but also as the “offended class.”

I grew up as a Jew and know firsthand that Jewish screeching about whites aggrieving blacks with racist rhetoric and bigotry is simply a cover.

Behind closed doors, Jews maintain a personal aloofness towards blacks calling them “shwartzas” and “shooks,” and deem it a disgrace for a Jew to be so financially-challenged as to be forced to live in a black neighborhood.

Intermarriage between Jews and blacks is held as something contemptible by Jewry and any association of Jews with blacks is strictly for utilitarian purposes.

Jews are no big friends of queers either, but only to save face for their own children turning to perversion and not continuing the family name, as well as to undermine the perpetuity of the white Christian family, its mores, and its potentiality as an anti-Jew political bloc. 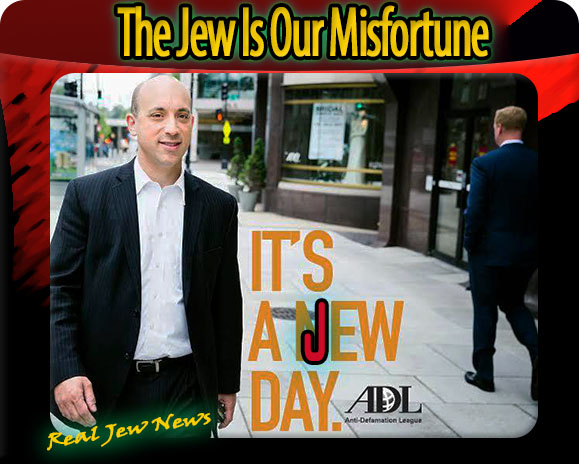 WHEN DEALING WITH JEWS and their goal of annihilating free speech, here’s a few pointers on how to trip them up:

1. Ask the Jew, “What is the legal definition of hate speech?”

2. When he cannot answer, ask the Jew, “Since there is no legal definition of hate speech, why do you think that only you and your shills have the right to define it?”

3. Now that the Jew is on the defensive, ask him, “Since you and your shills have arrogated the right to define hate speech, why should I, not party to your cabal, obey you?”

THIS CUTS THROUGH THE VERY CORE of the issue, that is, who do we obey?

Jews with their hatred of free speech?

Or the founding fathers who bequeathed to us the legal right to speak our minds regardless of who it offends, especially Christ-killing JEWS.

But everything offends the Jew if it doesn’t conform to his loyalty to Israel over America, to his programme of wiping out a White Christian political bloc, and his mania to dictate to Americans how they should think and talk.

Jews constantly whine about what they don’t like, what they want changed, and what leaders should be doing.

It’s time we told the Jew, “Shut your mouth Jew and don’t try to shut ours!”

Dress Rehearsal For The Antichrist Here

And: The Silent Anti-Semite Here

And: Seeds Of America’s Collapse [BANNED by JEWtoob] Here!