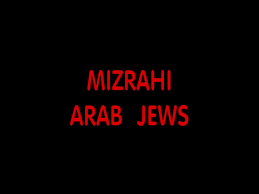 RT – The news comes in the wake of the ‘The Ancestral Sin’ documentary airing on Israeli television, which revealed the racist attitudes of Israeli officials from the 1950s towards immigrant Mizrahi Jews (who come from North Africa and the Middle East), and Sephardic Jews (who originated from the Iberian Peninsula in Europe), during the chaotic first years of the Jewish state. It was at this time Jewish immigrants were brought into the country to increase the population. CONTINUE READING