Why We Are in Afghanistan

Why Are We In Afghanistan? 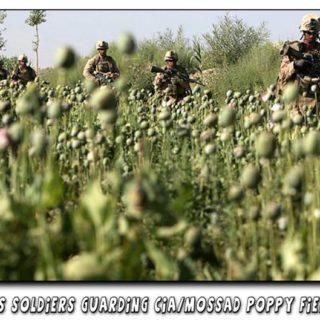 Why Are We In Afghanistan?

It is long past time for someone in the shithole known as Washington to tell us why Americans have been killing and dying in Afghanistan for 17 years. Is it to steal the country’s minerals? Is it to control the location of pipelines? Is it to keep American taxpayers money flowing to the US military/security complex? Is it to finance the CIA’s black operations with drug profits? Or is it to prove that the neoconservatives’ dream of US world hegemony is a chimera?

Here are some questions for you from a voice you never have heard:

Letter of the Islamic Emirate to the American people!

The American people, officials of independent non-governmental organizations and the peace loving Congressmen!
With the hope that you will read this letter prudently and will evaluate the future of American forces and your profit and loss inside Afghanistan in light of the prevailing realities alluded to in the following lines!
The American people!
You realize that your political leadership launched a military invasion of our country 17 years ago. This invasion was not only contrary to the legal and national norms of our own sovereign country but also a violation of all international rules and regulations, but still the following three main points were put forward by your authorities to justify this illegitimate invasion:
Establishing security by eliminating the so called terrorists inside Afghanistan.
Restoring law and order by establishing a legal government.
Eradicating narcotics.

However let us analyze how successful your war-monger leaders were in achieving the above three slogans in this illegitimate war?

Increased insecurity and fighting:
In 2001 when your ex-president George W. Bush ordered the invasion of Afghanistan, his justification for that felonious act was the elimination the Islamic Emirate (Taliban) and Al-Qaeda.
But despite continuing this bloody war for seventeen years and accepting huge casualties and financial losses, your current president Donald Trump – to continue the illegal 17 year old war in Afghanistan – acknowledged increased insecurity and emergence of multiple groups instead of the single unified Islamic Emirate (Taliban).
This was stated by Trump while declaring his new war strategy for Afghanistan and South Asia on 23rd August 2017 and seventeen years later, again ordered the perpetuation of the same illegitimate occupation and war against the Afghan people. Since your authorities admit the presence of multiple warring factions inside Afghanistan, it verifies our claim that by invading Afghanistan and overthrowing a unified responsible government of Taliban, the Americans have merely paved the way for anarchy in the country.
No matter what title or justification is presented by your undiscerning authorities for the war in Afghanistan, the reality is that tens of thousands of helpless Afghans including women and children were martyred by your forces, hundreds of thousands were injured and thousands more were incarcerated in Guantanamo, Bagram and various other secret jails and treated in such a humiliating way that has not only brought shame upon humanity but is also a violation of all claims of American culture and civilization.
In this lopsided war and as confirmed by your own military authorities, 3546 American and foreign soldiers have been killed, more than 20,000 American forces injured and tens of thousands more are suffering mentally but in reality the amount of your casualties is several times higher and is deliberately being concealed by your leaders. Similarly this war has cost you trillions of dollars thus making it one of the bloodiest, longest and costliest war in the contemporary history of your country.

Production and expansion of narcotics:
The third justification of George W. Bush to invade Afghanistan was the prevention and eradication of narcotics. Let us examine the amount and levels of production and expansion of the narcotic trade in Afghanistan after seventeen year war effort?
According to the data provided by UNODC (United Nations Office on Drugs and Crimes) – prior to the American invasion – poppy was cultivated only on 185 hectors land of Afghanistan and only in areas controlled by anti-Taliban forces whereas the level of heroin addiction among Afghans was next to nil. But following the American invasion of Afghanistan, poppy cultivation skyrocketed from 185 hectors to 328,000 hectors while under the shadow of seventeen year occupation, the number of drug addicts has reached 3 million people.
On 21st December 2017, the UNODC (United Nations Office on Drugs and Crimes) reported that drug production increased by 87% and poppy cultivation increased by 63% during the year 2017, thus mounting the total production of narcotics to 9000 metric tons.

The American people!
You proclaim to be a developed and civilized nation of the world. Since the imposed government in Afghanistan is established by you therefore we leave it to your judgment to decide – according to your logic and conscience – whether the present system and its pertinent changes, insecurity, chaos and 87% increase in narcotics are reforms or crimes against humanity?
Your authorities proclaim that tens of billions of dollars have been spent on various reconstruction projects in Afghanistan. Of course this is the same money which is collected from you as taxes and revenues, but here it has been distributed among thieves and murderers.
Do you agree that the hard earned money of your labor should be wasted on such a corrupt system where in only one criminal case, $900 million were stolen from Kabul Bank by corrupt officials?
Do you consider it the rule of law in American culture and lexicon where the first deputy of a government is a person involved in the felonious act of sexual assault on a 70-year-old man besides hundreds of other crimes against humanity?
Is this the civilization, modernity and rule of law proclaimed by you in the world?
Were your 3546 forces killed in Afghanistan to establish and empower such a system?
Can your scholars, intellectuals and unbiased analysts produce an answer to our questions?
You must understand that our people are living, watching and closely analyzing all these calamities and that is why the regime working under the shadow of your military support and the corrupt elements assembled therein are not looked upon as a legitimate government rather they are considered a band of usurpers, looters, mafia warlords and drug-dealers while at the same time, the resistance against them is considered their legal, moral and national obligation. The people working alongside you to impose this system are committing treason against our nation and national interests. On the other hand, the people who waging armed resistance against your corrupt regime are the defenders of their homeland, national interests, sovereignty as well as their dignity and they are revered by the Afghan masses as their heroes. That the American media is propagating against the Afghan resistance and labelling them as foreign terrorists instead of Afghan freedom fighters, all of this is baseless propaganda aimed at concealing their own humiliating defeat. To repudiate this propaganda, we only want to say that had there been any chance of success in Afghanistan with foreign support, the American invaders and their coalition forces would definitely have succeeded due to enjoying the political and military support of a powerful country like the United States of America as well as the support of a well-equipped military alliance like NATO.

The Islamic Emirate of Afghanistan