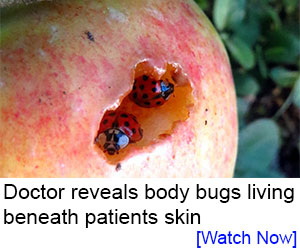 (Natural News) This is an emergency broadcast from the Health Ranger, Feb. 23, 2018.

This broadcast covers the accelerating attempted communist takeover of America by radicalized left-wing forces that include CNN, Antifa and other George Soros-funded sabotage operations.

This is not a joke. The war on America’s patriots is already under way, and Google, Facebook, YouTube and Twitter are complicit in this process. Watch my emergency broadcast to learn more:

FacebookTwitterGoogle+Share
Previous :Mystery deepens: Armed deputy stood by and ALLOWED the Florida shooting to happen, doing nothing to intervene
My Comment:  The left wing lunatics embrace Censorship and Marxism like what Russia had with Lenin & Trotsky with the result of the genocide of  66 million Christians.  This is a ZIONIST movement.  Zionists also backed Hitler’s rise.  More Genocides and Holocausts of Millions of Germans.  They always disarm the populations and implement gun control.  Then Communism and then DEATH!.