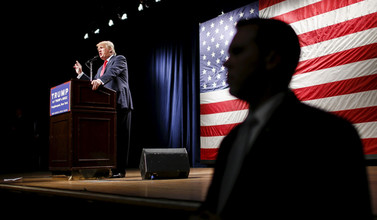 As the Dossier Scandal Looms, the New York Times Struggles to Save Its Collusion Tale
By Andrew C. McCarthy
National Review
January 2, 2018

The totality of the evidence undermines the Times’ collusion narrative.

‘ Trump Adviser’s Visit to Moscow Got the F.B.I.’s Attention.” That was the page-one headline the New York Times ran on April 20, 2017, above its breathless report that “a catalyst for the F.B.I. investigation into connections between Russia and President Trump’s campaign” was a June 2016 visit to Moscow by Carter Page.

It was due to the Moscow trip by Page, dubbed a “foreign policy adviser” to the campaign, that “the F.B.I. obtained a warrant from the Foreign Intelligence Surveillance Court” in September — i.e., during the stretch run of the presidential campaign.