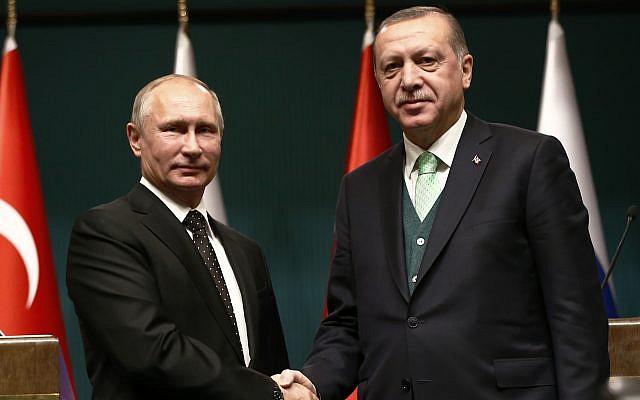 ed note–considering the events of the last few years, including Erdogan’s open support for the Western/Israeli backed terrorists in Syria and the downing of the Russian fighter jet, who would have imagined we’d be seeing pictures like this and statements such as those continued herein?

Well, actually, we did imagine it and even predicted it would be forthcoming, but that’s a discussion for another time.

The point is as follows–Trump’s recent ‘declaration’ vis a vis Jerusalem has suddenly put a particular stock option in motion and it is rising faster than Bitcoin, and it is what’s known as the ‘Palestinian issue’. Prior to Trump’s maneuver, a mere handful of dedicated shareholders refused to give up their stock as it dropped inch by inch on a minute by minute basis in terms of world interest. Now however, everyone is buying into it and it is causing markets to tremble as if an earthquake were in process.

And yes, we can all expect that Trump, Inc knew this was going to be the net result. Before a much-needed building project can take place in a particular section of town that is dilapidated and unsafe, the first thing that must occur is the demolition process, which is precisely what has just begun with this ‘declaration’. No one in their right minds–not even the most lofty-headed, backwards-brained and irrational liberal would dare put their name next to any ‘peace negotiations’ following in the same failed models that have been utilized in the past.

Now, what we have are powerful figures here, including but not limited to Iran, Russia, and Turkey, moving center stage on this drama rather than it being merely a group of racist, elitist, thick-headed Jews with as much interest in ‘peace’ as Larry Flint has an interest in chastity on one side and the beleaguered Palestinians on the other as they plead with the monster to cease destroying their lives.