Lies & Deceit From the Pentagon Controlled by ZIONISTS

A Nigerien soldier who survived the Daesh ambush that claimed eight lives in early October has told the Washington Post that the US special forces were assisting Niamey in a search and destroy operation – which runs counter to the Pentagon’s claim that the troops were on a simple and low-risk reconnaissance mission when they were killed.

Speaking over the phone from the town of Agadez in central Niger, Sgt. Abdou Kané, 28, told the Post that the ambush was well-planned and well-executed on the part of the militants. Kané, who was shot in the leg during the battle, said that the insurgents used a herd of cows as a distraction, then attacked with rocket launchers and truck-mounted heavy machine guns.

Kané claims that the dozen Americans of the group, who had better and more sophisticated weapons, did the bulk of the fighting. “The Americans were telling us not to flee but to go back and fight the enemy. But the enemy was following us and shooting at us,” said Kané, adding that some Nigerien troops fled the site of the battle. 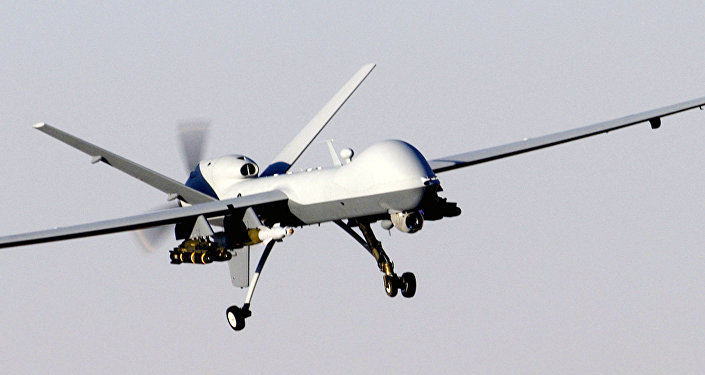 © WIKIPEDIA
US Interested in Niger as a ‘Front in Its Global War on Terror,’ Analyst Says

Furthermore, several Americans were separated from the main force as they split up to better avoid militant fire. This would explain the unusual circumstances of Sgt. La David Johnson, whose body was found a good distance from the site of the battle almost 48 hours after the battle.

The Pentagon stated shortly after the incident that the mission of the American soldiers was to perform reconnaissance for a militant thought to be operating near the border between Niger and Mali.

But Kané said something different. “The mission was to go to Mali to capture the terrorists and bring them back,” he said.

On the day of the attack, 40 Nigerien troops and a dozen American advisers, most of them Green Berets, had been combing the border area before deciding to return to base. They stopped in the village of Tongo Tongo, then headed back. The Pentagon believes a villager with Islamist sympathies informed Daesh of the location of the US-Niger convoy, which led to the ambush.

© AP PHOTO/ WPLG
US Soldiers Killed in Niger Were Separated, ‘Left Behind’ During Evacuation

If the soldiers were indeed participating in a militant hunt, then the 12 American soldiers were acting outside the scope of their rules of engagement. US troops in Niger are not authorized to participate in combat missions, according to military officials. The 800-odd US soldiers in the West African nation are there to act in a training and advisory capacity and to operate drones for reconnaissance missions.

The testimony of Kané and other Nigeriens who participated in the battle have contradicted aspects of the Pentagon’s story. This means someone was doing something they shouldn’t: the Pentagon is being dishonest, the Nigerien soldiers are lying or the American troops were striking out on their own and violating the rules of engagement.

Nigerien Defense Minister Kalla Moutari blamed the bloody incident on an intelligence failure, causing Niamey and US reconnaissance to underestimate the strength of militants along the Niger-Mali border.

“It was a mission to collect information and to neutralize the enemy or the threat,” Moutari said in an interview with a local outlet. “The intelligence wasn’t as complete as we thought, but at the same time some terrorists were neutralized on the way back from the mission.”

“It so happened that the enemy had time to take position and got the right opportunity to attack them.”

The Pentagon and the FBI are investigating the incident.