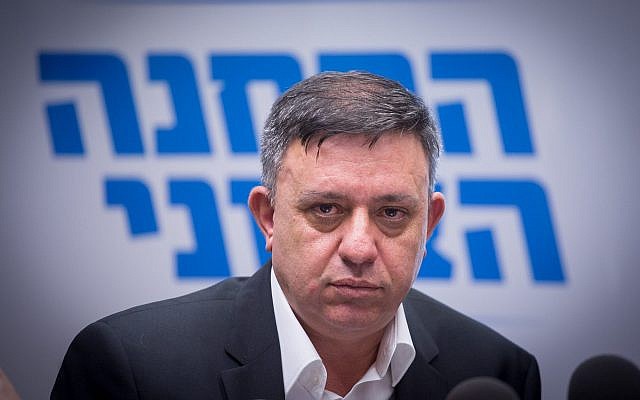 ed note–chock full o’ goodies, as we like to say here.

First, note that our esteemed Hebrew hails from the Labor party, which means–as we are told on a daily basis–that he  is a ‘good Jew’ from the left who only wants ‘peace and coexistence’ with everyone. Note what our esteemed CHosenite has to say thus–

‘Over the years, regardless of the party in power, the settlement project demonstrated commitment, determination, and love of the country. You, the settlers, are the pioneers of our generations, people who act in the face of adversity, who cause the wilderness to bloom, who realize the impossible…’

Thus is demonstrated before our very eyes how useless the ‘left/right’ construction is in understanding the means, methods, and intentions of organized Jewish interests. Those on the ‘left’ may be smarter and more adept in hiding their fangs, but they are just as serpentine as their cousins on the right, if indeed not moreso. Therefore, the next time some ‘lefty’ comes out talking about wanting to negotiate ‘peace’ with the Palestinians, remember that there is an old theorem that must be applied in all cases where organized Jewish interests are involved in anything–

Here is the Real Horror of These Settlements:

Israelis and Palestinians Killed
in the Current Violence

Hover over each bar for exact numbers. Save chart as image.

American news reports repeatedly describe Israeli military attacks against the Palestinian population as “retaliation.” However, when one looks into the chronology of death in this conflict, the reality turns out to be quite different.

Source: B’Tselem, The Israeli Center for Human Rights in the Occupied Territories. (Visit their statistics page, last updated August 21, 2017.) We refer to IMEMC and other Palestinian news outlets for deaths that have not yet been recorded by B’Tselem.

To see names, photos and more information for the Israeli and Palestinian victims of this conflict, please visit our new website Israel-Palestine Timeline.

The numbers in this chart include civilians and combatants killed by members of the opposing nationality (and therefore, do not include Palestinians killed by an explosive device that they set or was on their person, Israelis killed in ‘friendly fire’ incidents, etc.). The numbers also do not include the sizable number of Palestinians who died as a result of inability to reach medical caredue to Israeli road closures, curfews, the Israeli closure of border crossing from Gaza, etc.

The figure for Palestinian deaths is extremely conservative, since it is difficult for B’Tselem to report on deaths in the Palestinian territories. The Palestine Red Crescent Society, internationally respected for its statistical rigor, reports significantly higher numbers of Palestinian deaths. We do not doubt the reliability of their data, and only use B’Tselem’s more conservative numbers because they collect data on both populations.

In the past we used the statistics provided by Israel’s military for the number of Israelis killed, but they have not updated their statistics page since early in 2006. In addition, there is reason to believe that their numbers may have been somewhat inflated.

* The Palestinian people do not have a military, so the usual classification of civilian is not being used. Instead B’Tselem provides data on the number of Palestinians who did not participate in hostilities, a significantly more stringent qualification than the one used to identify Israeli civilians. We do not know how many of the Israelis listed as civilians participated in the hostilities. Many settlers who illegally have taken over parts of the West Bank (and used to live in parts of the Gaza Strip) are heavily armed and there have been numerous reports of their brutal attacks on their Palestinian neighbors.

Causes of Deaths of Israeli Soldiers
2005