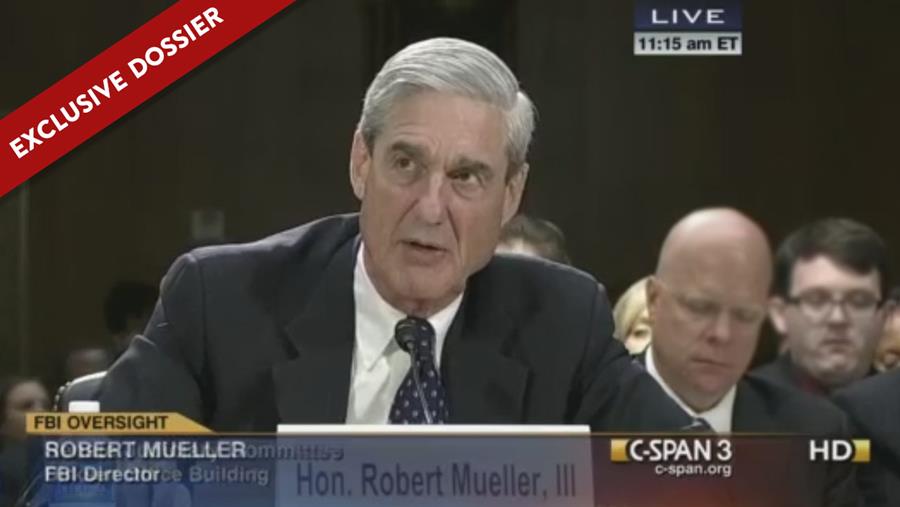 Patricia J — They wiretapped him. Called him a racist, an anti-semite. They said he was a Russian Agent, working for the President of Russia.

With the release of this dossier we hope to show how and why President Trump was systematically setup for failure and threatened with impeachment. We show you how Special Counsel Mueller is being used to destroy this President, having previously covered up the crimes of 9/11 and put Lyndon LaRouche in jail.

A LaRouchePAC and EIR Exclusive Dossier

Robert Mueller Is an Amoral Legal Assassin: He Will Do His Job If You Let Him

Robert Swan Mueller III—the special prosecutor tasked to take down the President of the United States—is, as his name attests, a product of elite private schools and universities. He is uniformly and soberly praised in the national news media as incorruptible, fair-minded “honest Bob,” “strait-laced Bobby three sticks.” This image, we shall show, is a brazenly false, Washington, D.C. public relations pitch, created for the credulous.

In reality, Robert Swan Mueller III is about as corrupt as they come, bending and twisting the law every which way necessary to serve the goals of those who provide him assignments. The might of the prosecutorial function and the institutions he serves dictate right for him, rather than the unbiased pursuit of justice the law envisions for his vocation. In what he says was a defining moment, Mueller broke rank, after college, to serve in the Vietnam War as a Marine. After that he never wanted to do anything but prosecute. His appointment as special prosecutor caps a long career in which he has envisioned himself to be a stern and willing warrior, a dutiful Marine, acting on behalf of whatever evil scheme his superiors present to him, and using whatever means seems necessary to execute it.

GET THE FULL DOSSIER