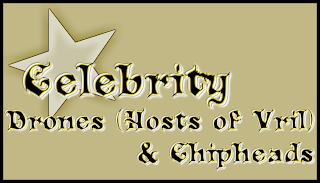 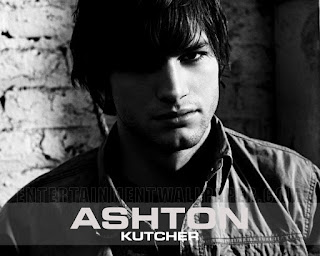 Donald Marshall (September 2012) – Ashton knows all about me and cloning, he wanted to hold my clone underwater in a long coffin like water tank, by the neck,… Said he wanted to drown me… And did… Havent seen him there in a while.
—————————————————————————–
Donald Marshall (Thur. November 8, 2012) – I made a lot of comedy stuff for them too… tv stuff as well as music.
the death by chocolate skits were my favorite ones from saturday night live, did them for ashton kutcher when he was hosting but they were kinda whacky, he was pissed off lol cuz usually people think the guest host of the show thinks up the skit LOL people thought he was whaaacked hahaha well he is but yeah.
about a murdering chocolate bar,.. I couldn’t think of anything at the time and it was kind of random BUT HE DID IT! This guy shows them on his laptop, hard to find the vids on youtube. watch, it’s whacked lol
The Llama Welk Show: Death By Chocolate (snl)
—————————————————————————–
Donald Marshall (August 2012) – Ashton Kutcher is an Illuminati member a liar and a coward. He attends cloning regularly.
From Astral Lights Cloning Centers Experience 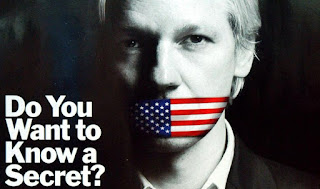 Kat Kanning (Mon. June 17, 2013) – I always thought Julian Assange was a fake. Why do they invent whistlebowers for their own stuff?
Donald Marshall – to make people hear half the story and cause them to be convinced the problem is quashed, the public is happy and the half the Illuminati doesn’t want you to know is never revealed. Public satisfied. no need to reveal all then,… the whistleblower is appreciated and respected as a hero. No one thinks the “whistleblower” is withholding anything else.
Vince Marra – so assange is an illumanist asshole too donald?
Donald Marshall – Unknown about him, saw him at cloning a long time ago, but he could have been impersonated I guess. Thing is, he revealed what the Illuminati “wanted” revealed. Part of a grand plan. All to undermine America in some way. Thing is, if they didn’t want Assange to talk, he wouldn’t have… They didn’t want Glen Beck to talk… he conveniently lost his voice.
—————————————————————————–
Isaac Fulmore (Mon. September 2, 2013) –  Do you think Julian Assange is a good person?
Donald Marshall – I think Assange is controlled opposition, and I support a worldwide “Beiber Boycott”,… and Justin Timberlake too. lol 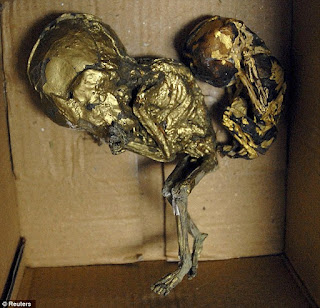 Donald Marshall (April 2013) – have to say, they don’t mention the spicy smell, in the article, you can smell spices coming off these smoked babies, you can smell them 6 feet away, they have them at the cloning center, used in lucifarian rituals. They heat them up and eat them. They do it in front of people as clones to scare them, sometimes the babies are bought from a semi legal slave trade in Darfur Sudan.
[http://www.dailymail.co.uk/news/article-2146396/British-man-arrested-Thailand-suitcase-dead-babies-used-religious-ritual.html Thai police arrest man with suitcase full of gold plated babies set to be used in black magic ritual]
—————————————————————————–
Donald Marshall (Thur. May 30, 2013) – These are a few of those babies roasted with seasonings and wrapped in gold foil,… Some leaders of the NWO/Illuminati heat these up and eat them. you can smell the spices from feet away, when they were first reported they didn’t mention the spices or roasting,it was strange.
Mario Gutierrez – Yes there are very secretive filthy rich powerful.sick people that worship satan as Lucifer and they savrifice these children to the devil,but woe to them for the end is near and they will not escape the wrath of God,you can bank on it!
Donald Marshall – I have banked on it
Nicholas Giannino – So not too seem dense but what are those eggs of
Donald Marshall – Theyre infants skulls, whole body wrapped in gold foil. google gold foil roasted babies,… Alex Jones mentioned them once too…
They do that a lot,… no way to tell just yet, but once the world is onto them and shut it down, they keep records and they will all be ratting on each other to save themselves… you’ll have your answer around then. Moral of the story is “Stay away from the Freemasons.”
Roasted with spices… you can smell them 6 feet away. They’re for a Lucifarian ceremony… they’re hard at first, but they hea them up in a pizza oven at the cloning center and they turn soft, the gold foil is so the surface doesnt burn… and some of the hardcore Illuminati lucifarians eat them…
They were bound for a cloning center in the UK… to be eaten… I’ve seen it done there… they only eat the surface muscles arms and legs, because the brain and guts are not removed before the roasting and they don’t cook… the internal is rotten… so to quote Elizabeths clone, You must eat from them shallow… I can’t wait to see some executions.
CAN’T WAIT ELIZABETH!!!!!!!!!
Allan Legacy – Ahh I’m gunna say this are not real babies, but really weird looking dolls the two guys from American Pickers found in some old guys basement. Ok that’s my truth today, sorry!
Donald Marshall – Youre wrong
theres 2 types of em… the dried up preserved ones that primitive retarded people from the dirty continent of asia keep for lucky charms in their houses… then there are the spiced roasted and smoked gold foil wrapped babies… they don’t eat the smoked gold foil wrapped babies… they don’t eat the mummified dried out ones… they eat the spiced roasted ones… I’ve seen it done as clones there… its a Lucifarian religious thing, and some of them believe that eating human flesh especially a childs will act as a beauty preservation tonic like… they think it makes you stay youthful looking…. obviously doesn’t work. Look at queen elizabeths saggy old face. lol and she chowed down on many many of them… bunch of them did.
Leslie Olenych – have seen and have heard some really sick and horrid things but this is the worst. is this true????????????????? ugh no words.
Donald Marshall – They do far worse. It will all be known.