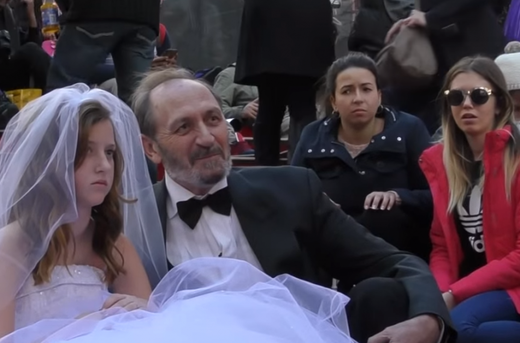 SOTT – At least 100,000 children are prostituted annually in the U.S., adding to the $9.8 billion U.S. sex trafficking industry. Children all over the country are subject to physical and sexual abuse, and most of the time it happens a lot closer to home than we would expect. Ninety percent of child sexual abuse victims know the perpetrator, and an astonishing 68% are abused by family members.

What’s worse, some of the laws surrounding child sexual abuse and child marriage (or lack thereof) actually enable their practice. As a result, more than 200,000 children in the U.S. were married in the past 15 years alone. We often view child marriage as only being an issue in third-world countries, but in reality, it occurs right here in North America, too. Children as young as 10 have been married to far older adults, despite the legal requirement to wed being 18, or legal adulthood, nationwide.