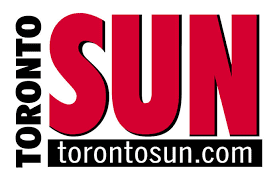 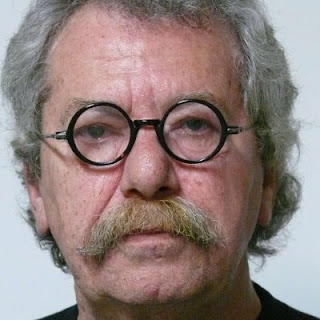 In our August 7 eulogy for the late Ernst Zündel, we alluded to the “Talmudic mentality” and the penchant of people afflicted with it for revenge and hatred, which they psychologically project on to Zündel in paroxysms of rage and libel.

On the day we published our tribute, Mark Bonokoski stepped forth to seemingly confirm our observation. Mr. Bonokoski writes for one of Canada’s largest newspapers, The Toronto Sun. It’s difficult to account for the fact that the Sun, which wears its human rights’ heart on its self-righteous sleeve, would print Bonokoski’s disgusting column, with its sadistic craving to see a pound of flesh extracted from Zündel, but that’s what has occurred.

In the August 7 issue of the Toronto Sun online, in an article titled — believe it or not — “Ernst Zündel deserved agony,” Mr. Bonokoski was not content with the lifetime of persecution inflicted on Zündel for his ideas, speeches, printing and writing, including multiple costly thought crime trials, two years’ imprisonment in solitary confinement in Canada, five years imprisonment in Germany, the burning of his home and its contents by an arsonist, and his deportation and subsequent banishment from the United States and Canada.

“Zündel deserved agony, but got none…The fact that he was able to die at home in Germany, of natural causes, and apparently in robust health up until the heart attack hit, is just another example of how life isn’t fair.”

These are grotesquely inhuman words. What sort of mentality urges suffering and cruelty on a dead activist? It can be found here:

“…Jesus shares his place in the Netherworld (hell) with Titus and Balaam, the notorious arch enemies of the Jewish people. Whereas Titus is punished for the destruction of the Temple by being burned to ashes, reassembled, and burned over and over again, and whereas Balaam is castigated by sitting in hot semen, Jesus’ fate consists of sitting forever in boiling excrement.” —Peter Schäfer, Jesus in the Talmud, Princeton University Press, p. 13, (with reference to Babylonian Talmud tractate Gittin 57a).

What sort of mentality decries hatred of Jews but approves hating Germans? It can be found here:

“Every Jew, somewhere in his being, should set apart a zone of hate — healthy, virile hate — for what the German personifies and for what persists in the German.” — Elie Wiesel, Legends of Our Time, chapter 12: “Appointment with Hate,” (Schocken Books, 1982).


“The anti-German bias of Elie Wiesel’s article (“An Appointment With Hate,”Commentary magazine, December, 1962), is easily justified and need not be repudiated.” — Joseph Meier, Commentary magazine, April 1, 1963.
Because few people with social standing have the courage to point out the megalomania and searing hypocrisy evident in the preceding, these malignancies grow unchecked, conferring upon our supposedly egalitarian society a Talmudic supremacism consisting of special prerogatives for bullying and hating marginalized dissidents and non-conformists, who have little or no voice in the mainstream media and are dehumanized with impunity, to the glee of the guardians of “human rights.”
Michael Hoffman is the author of the The Great Holocaust Trial: The Landmark Battle for the Right to Doubt the West’s Most Sacred Relic.
___________________