A former pastor from Michigan discovered the hard way that informing people of their rights under the law as jurors doesn’t sit well with the U.S. government when a judge sentenced him Friday to eight weekends in jail, six months of probation, and fines — all for passing out pamphlets discussing jury nullification.

Keith Wood contends passing out the information is well within his constitutional rights to inform potential and selected jurors that, enshrined in the Bill of Rights lies the potent ability to find a defendant not guilty if the law in question is unjust, flawed, or otherwise untenable — even if the accused indeed technically violated.

Jury nullification thus arguably acts as citizens’ access to checks and balances: When legislators craft worthless, harmful, inequitable, or just plain ‘bad’ laws, jurors can, in essence, refuse to enforce any punitive measures — refusing to find a person guilty of breaking a law that never should have been inked into the books.

This tool shines most prominently when used consistently to thwart oppressive policy. Illustrative of this principle is continued federal prohibition of cannabis and transformed public sentiment, as anti-marijuana propaganda falls apart at its politicized roots for the incarceration nightmare it created — among many others. Jurors faced with a choice in guilt of sending a nonviolent drug offender to prison might instead find the concept of incarcerating this petty ‘criminal’ who had done no harm to another unethical and ill-conceived — and choose instead a finding of not guilty to compensate for the unjust law.

But most judges refuse to or have strict rules against informing jurors about the little-known nullification right; so, Wood’s education activism, handing out pamphlets from the Fully Informed Jury Association (FIJA), entitled “Your Jury Rights: True or False?” in front of the court in Big Rapids, led to a verdict of guilty for attempting to influence a jury in Mecosta County. 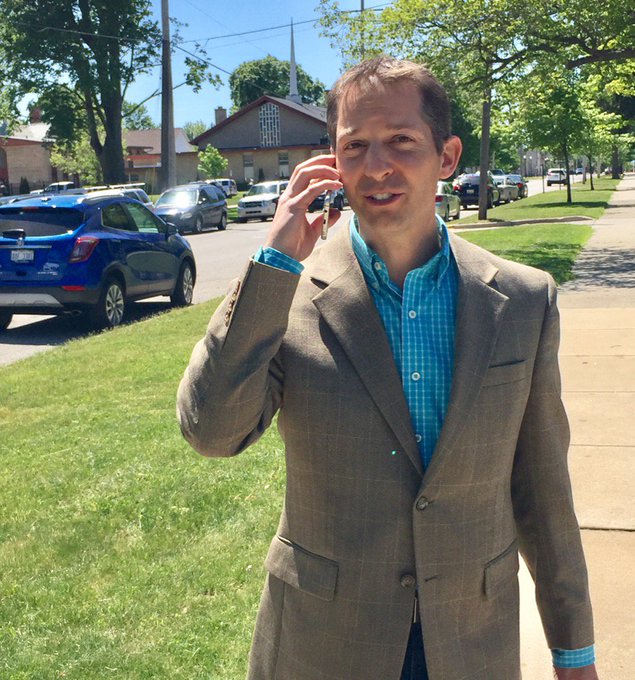 Initially, Wood had been charged with a felony — which was dropped last March — for obstructing justice, and a misdemeanor jury tampering, carrying potential sentences of five years and one year, respectively; but prosecutors ultimately sought a sentence of 45 consecutive days with fines.

District Judge Kimberly Booher concurred the father of eight, husband, and sole family breadwinner should serve time, but felt the requested sentence too harsh in light of the circumstances and for his lack of prior offenses, ruling instead he will spend eight consecutive weekends in jail and work 120 hours of community service — suspended — provided he completes six months of probation without issue.

But the judge wasted no time having Wood begin his sentence, stating, after delivering the verdict, 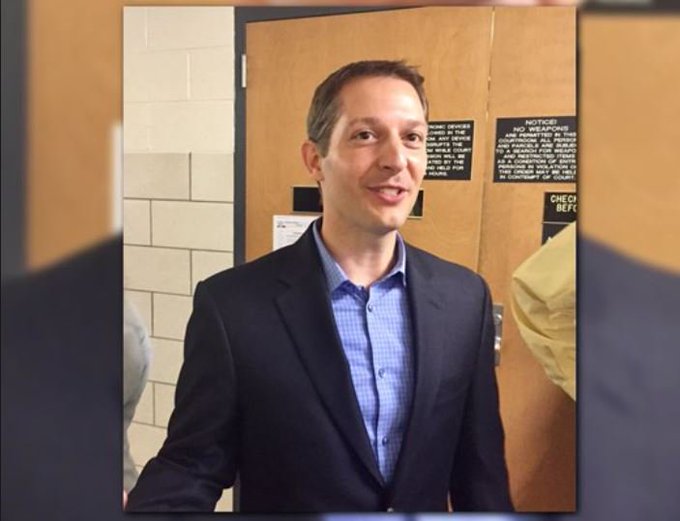 Keith Wood gets 6 months of probation and 8 weekends in jail for distributing fliers outside Big Rapids courthouse in jury tampering case.

Prosecutors argued that Wood was trying to influence potential jurors before they heard a case against Andy Yoder, an Amish man who was accused of draining a wetland that was on his property.

Yoder took a plea deal that day and the case never went to trial. Wood said he did not know Yoder, and he only wanted to inform potential jurors that they had the right to vote their conscience over the law.

In June, a jury found Wood guilty of ‘attempting to influence a jury,’ which Michigan defines as “[willful] attempts to influence the decision of a juror in any case by argument or persuasion, other than as part of the proceedings in open court in the trial of the case” — despite his lack of knowledge or interest in specific cases ongoing at the time, as well as his presence on a publicsidewalk abutting the courthouse in question.

“This is not a person who made a one-time mistake, he hasn’t demonstrated that he has kind of shown that he realizes now the significance of what he’s done, in fact the testimony shows the contrary,” prosecuting attorney, Nathan Hull, told WMXI, of Wood’s pamphleting outside the courthouse.

Wood’s attorneys contended the father had not discussed specific cases, and had merely been exercising First Amendment-protected free speech in distributing pamphlets to willing takers in a public area.

That prosecutors, judges, and now, a jury, found the distribution of educational material not only an (albeit murky) violation of the law, but worthy of locking a father of eight in a cage for any amount of time at all, vivifies the sharp shift toward authoritarian thinking over subjective analysis, morality, and ethics — and, perhaps, further emphasizes the reasoning behind Wood’s attempt to educate the public, in the first place.

“He exercised what he believes are his free speech rights, did it out on the sidewalk before this court, and that because of that, that deserves 45 days in jail, let alone one day in jail?” David Kallman, an attorney representing Wood, told a local FOX News affiliate. “I totally disagree with that.”

Indeed, while the rights, freedoms, and their protections traditionally afforded every American seemingly vanish by the hour, this case — a father sentenced to jail for even informing juries they have rights indelibly inked into the Constitution — proves we’re losing the battle with a control-freak State.

If educating our neighbors of their rights thus entails a possible stint in the slammer, it may behoove all of us to hit the books — as what happened to Keith Wood could prognosticate a coming tourniquet on the free flow of information.

Contributed by Claire Bernish of The Daily Sheeple.