Police have now confirmed that they are treating the death of 59-year-old old Dr. Juan Gonzalez, a board certified holistic doctor, as a homicide; he was found dead in his natural health clinic. I have been contacted by immediate family members, patients, friends regarding his death. He was well loved. Our heart goes out to all of them.

If you click here you can access the full list of 60+ doctors and their stories, who have been found dead in the last year and a half. Just this last week 48 hours and Criminal Minds (both on CBS national television) showed my collages and or quoted my site and this uninteded series. Sadly, neither named my site (I’m not surprised), as that would give the people too much info. My mission is not to let their stories die.

Dr. Juan Sanchez Gonzalez had a business degree from WKU and multiple degrees in naturopathic medicine. He retired from the United States Army with his last assignment at Fort Knox, Kentucky, but appears to have had a thriving practice with many loving patients who are now mourning his death online.

Since arriving on the scene on Friday night, the Bowling Green Police Department have released few details. We know that detectives were called to the business at 1022 31-W Bypass for a welfare check and found a man dead inside the building upon arrival. They’ve finally released the name and it’s being treated as a murder.

“Usually I’ll park in the back in the mornings, but today I wanted to park a little bit closer, so it’s definitely going to make me and probably everyone else in the area a little bit more cautious and aware,” said Alicia Jones, who works at Robertson Auto Sales.

Businesses say that owner, Dr. Juan Gonzalez, has a car that hasn’t moved from the scene since the incident, but they know little of the owner beyond that.

Many owners in the area weren’t at work when the police arrived on scene due to the late hour, but on Saturday, Jones told 13-News that the daylight didn’t do much to erase her uneasy feeling, “It was alarming when I found out what was going on, but hopefully it will get resolved soon [along with] the mystery of what happened and why.”

Our heart goes out to his family and friends. We truly hope they discover who killed this holistic doctor whose patients rave about him.

Please click here to visit the good doctor’s website which shows his many credentials and degrees as well.

My Comment:  I posted a picture of the Voynich Manuscript interpreted (I believe correctly) by Karin Olt available at amazon.com below: 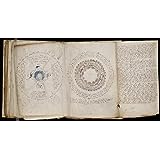