Real Reporting on Syria Instead of Lies and Bull___t From Zionist Media!

“Possible configuration of an improvised sarin dispersal device that uses an externally placed explosive and a sealed pipe that has been filled with sarin that could potentially contain 8 to 10 L of sarin.”–Professor Theodore Postol, MIT.

One man’s clear-minded analysis has destroyed the claims by Washington to have ‘intelligence’ and ‘evidence’ that the Syrian government used a chemical substance against its people in western Syria last week.

“I have reviewed the document carefully, and I believe it can be shown, without doubt, that the document does not provide any evidence whatsoever that the US government has concrete knowledge that the government of Syria was the source of the chemical attack in Khan Shaykhun, Syria at roughly 6 to 7 a.m. on April 4, 2017.”

In an RT interview with Professor Postol, the introductory article explains:

“A professor who challenged the 2013 claims of a chemical attack in Syria is now questioning the Trump administration’s narrative blaming the Assad government for the April 4 attack in the Idlib province town of Khan Shaykhun.

On Tuesday, the White House released a declassified intelligence brief accusing Syrian President Bashar Assad of ordering and organizing the attack, in which Syrian planes allegedly dropped chemical ordnance on civilians in the rebel-held town.

The report “contains absolutely no evidence that this attack was the result of a munition being dropped from an aircraft,” wrote Massachusetts Institute of Technology (MIT) Professor Theodore Postol, who reviewed it and put together a 14-page assessment, which he provided to RT on Wednesday.

“I believe it can be shown, without doubt, that the document does not provide any evidence whatsoever that the US government has concrete knowledge that the government of Syria was the source of the chemical attack in Khan Shaykhun,” wrote Postol.

A chemical attack with a nerve agent did occur, he said, but the available evidence does not support the US government’s conclusions.

“I have only had a few hours to quickly review the alleged White House intelligence report. But a quick perusal shows without a lot of analysis that this report cannot be correct,” Postol wrote.

…The report offered by the White House, however, cited “a wide body of open-source material” and “social media accounts” from the rebel-held area, including footage provided by the White Helmets rescue group documented to have ties with jihadist rebels, Western and Gulf Arab governments….” 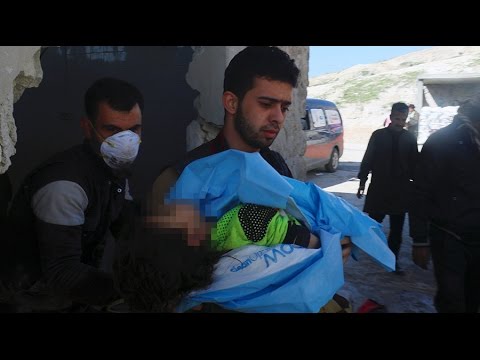 View this document on Scribd

“Figure 2 shows a high quality photograph of the crater identified in the White House report as the source of the sarin attack. Assuming that there was no tampering of evidence at the crater, one can see what the White House is claiming as a dispenser of the nerve agent. The dispenser looks like a 122 mm pipe like that used in the manufacture of artillery rockets.

As shown in the close-up of the pipe in the crater in Figure 3, the pipe looks like it was originally sealed at the front end and the back end. Also of note is that the pipe is flattened into the crater, and also has a fractured seam that was created by the brittle failure of the metal skin when the pipe was suddenly crushed inward from above.

Figure 4 shows the possible configuration of an improvised sarin dispersal device that could have been used to create the crater and the crushed carcass of what was originally a cylindrical pipe. A good guess of how this dispersal mechanism worked (again, assuming that the crater and carcass were not staged, as assumed in the White House report) was that a slab of high explosive was placed over one end of the sarin-filled pipe and detonated. The explosive acted on the pipe as a blunt crushing mallet. It drove the pipe into the ground while at the same time creating the crater. Since the pipe was filled with sarin, which is an incompressible fluid, as the pipe was flattened the sarin acted on the walls and ends of the pipe causing a crack along the length of the pipe and also the failure of the cap on the back end. This mechanism of dispersal is essentially the same as hitting a toothpaste tube with a large mallet, which then results in the tube failing and the toothpaste being blown in many directions depending on the exact way the toothpaste skin ruptures. If this is in fact the mechanism used to disperse the sarin, this indicates that the sarin tube was placed on the ground by individuals on the ground and not dropped from an airplane.

Figure 8 shows the improvised sarin dispenser along with a typical 122 mm artillery rocket and the modified artillery rocket used in the sarin attack of August 21, 2013 in Damascus. At that time (August 30, 2013) the Obama White House also issued an intelligence report containing obvious inaccuracies. For example, that report stated without equivocation that the sarin carrying artillery rocket used in Damascus had been fired from Syrian government controlled areas. As it turned out, the particular munition used in that attack could not go further than roughly 2 km, very far short of any boundary controlled by the Syrian government at that time.

The White House report at that time also contained other critical and important errors that might properly be described as amateurish. For example, the report claimed that the locations of the launch and impact of points of the artillery rockets were observed by US satellites. This claim was absolutely false and any competent intelligence analyst would have known that. The rockets could be seen from the Space-Based Infrared Satellite (SBIRS) but the satellite could absolutely not see the impact locations because the impact locations were not accompanied by explosions. These errors were clear indicators that the White House intelligence report had in part been fabricated and had not been vetted by competent intelligence experts.

What I can say for sure herein is that what the country is now being told by the White House cannot be true and the fact that this information has been provided in this format raises the most serious questions about the handling of our national security.

If you are somehow not yet familiar with the al-Qaeda apologists known as the White Helmets, who the US is referring to as a ‘source’, start here: 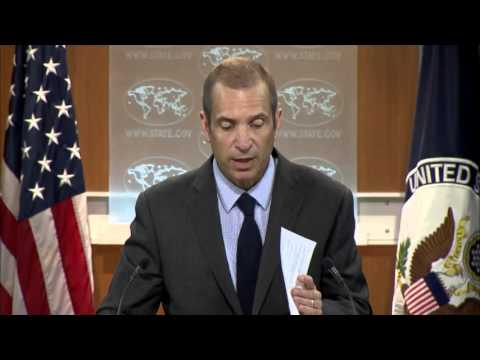