Does Anyone Remember Kim Jong Un Saying He Wanted to Avoid War Before???

By KARI REA via THIS WEEK 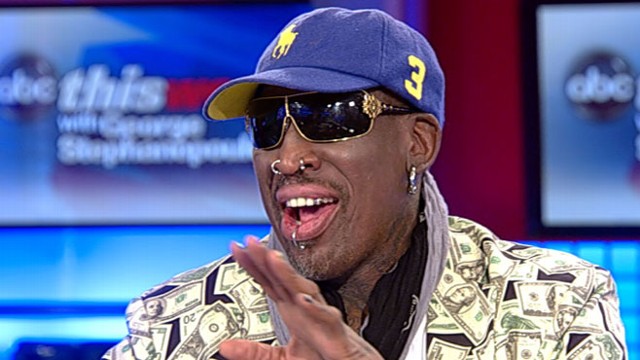 In his first interview since returning to the U.S. from an unprecedented visit to North Korea last week, former NBA star Dennis Rodman said he bears a message for President Obama from the country’s oppressive leader, Kim Jong Un.

Rodman’s comments come just days after the basketball star shocked the world with an unexpected trip to Pyongyang, North Korea, becoming the first known American to publicly meet with the mysterious Kim since he assumed command of the totalitarian nation after the death of his father, Kim Jong-Il in 2011.

The young leader has defied U.N. sanctions by continuing to develop North Korea’s nuclear arms and missile program, which he says is aimed at the U.S.

Kim is often regarded as one of the world’s most oppressive leaders, presiding over prison camps and allowing millions of his own people to starve.

Rodman likely now has more firsthand impressions of Kim than any other American. He offered some insight to Kim’s personality this morning.

“He loves power. He loves control,” Rodman said, of his new “friend.” “But guess what? He doesn’t want war. That’s one thing he doesn’t want.”

In a bizarre display of basketball diplomacy, Rodman went on the record to offer highest praise for Kim Thursday, telling reporters, “I love him. He’s awesome.” Today on “This Week,” Rodman didn’t backtrack on those comments.